You goat to try this yoga 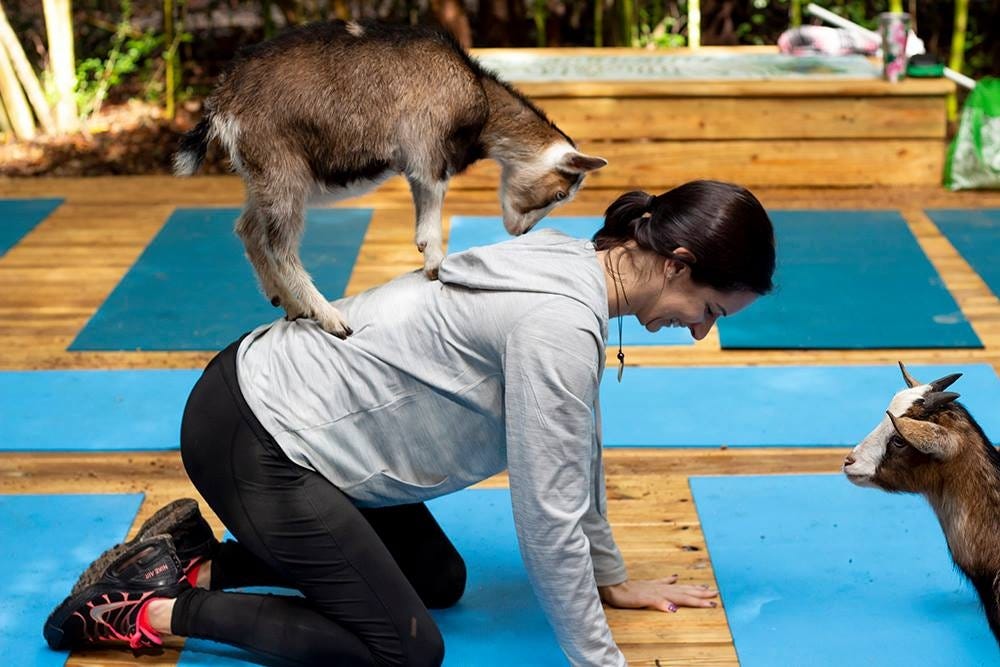 Goat yoga became a national hit a few years ago. Simmons said she loved the trend and wanted to bring goats into her studio in North Crestview.

Simmons said a zookeeper asked her to do a weekly class at the zoo.

“Whenever she invited me, I was like ‘No, we have to do goat yoga’,” Simmons said.

Her dream became a reality after speaking with Rick and Sara de Ritters, owners of Emerald Coast Zoo.

“Nature and grounding is a big part of yoga,” Simmons said.

Having lived on a farm, Simmons said animals are useful in therapeutic healing.

“That’s a big part of what we do yoga for is to feel better,” Simmons said. “Doing yoga with animals is a bonus to me.”

Simmons said some opt to practice their balance by having the goat stand on their back while others enjoy simply feeding or petting them.

Although it may be difficult to concentrate at times, Simmons said you always feel happiness when you leave.

“You can’t be unhappy when a goat runs around jumping on you,” she said. 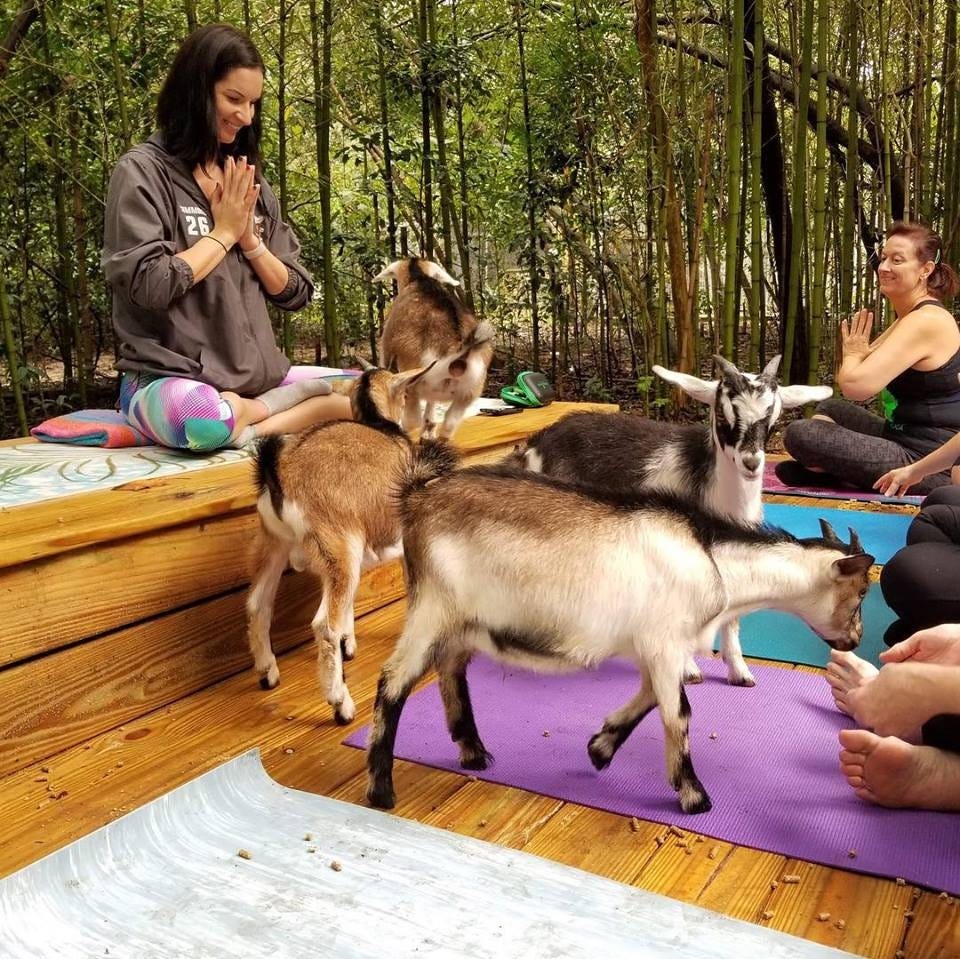 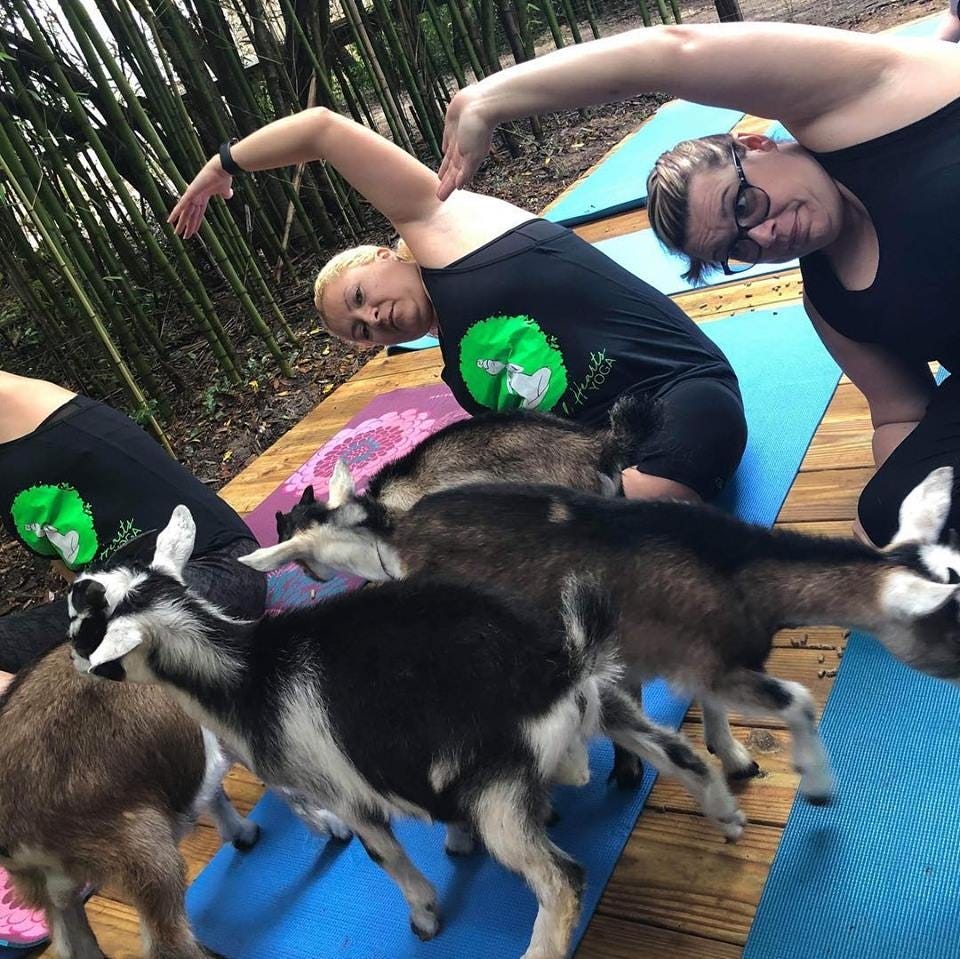 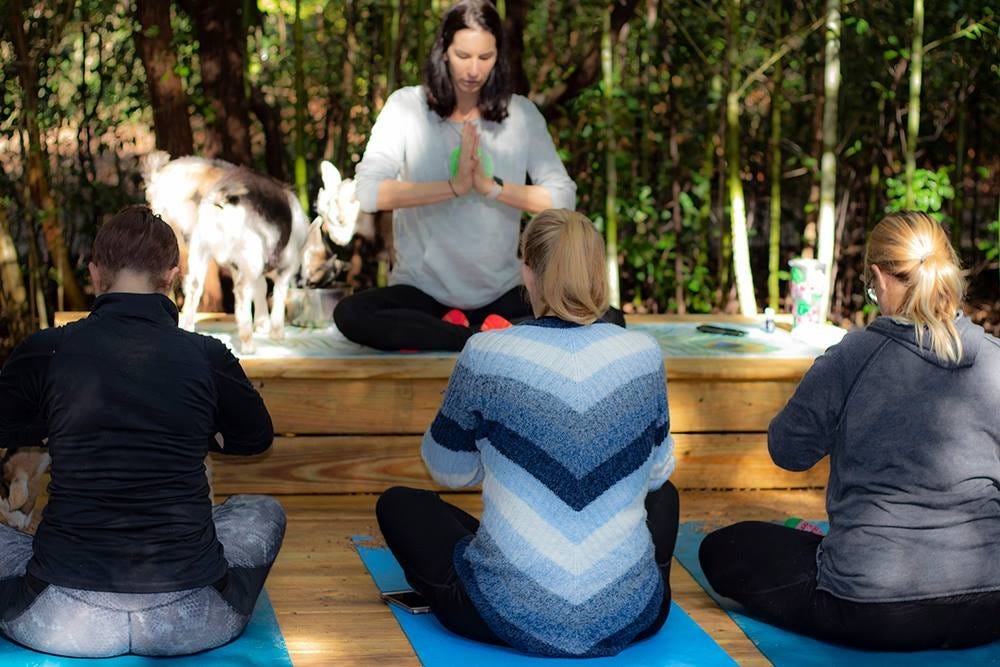 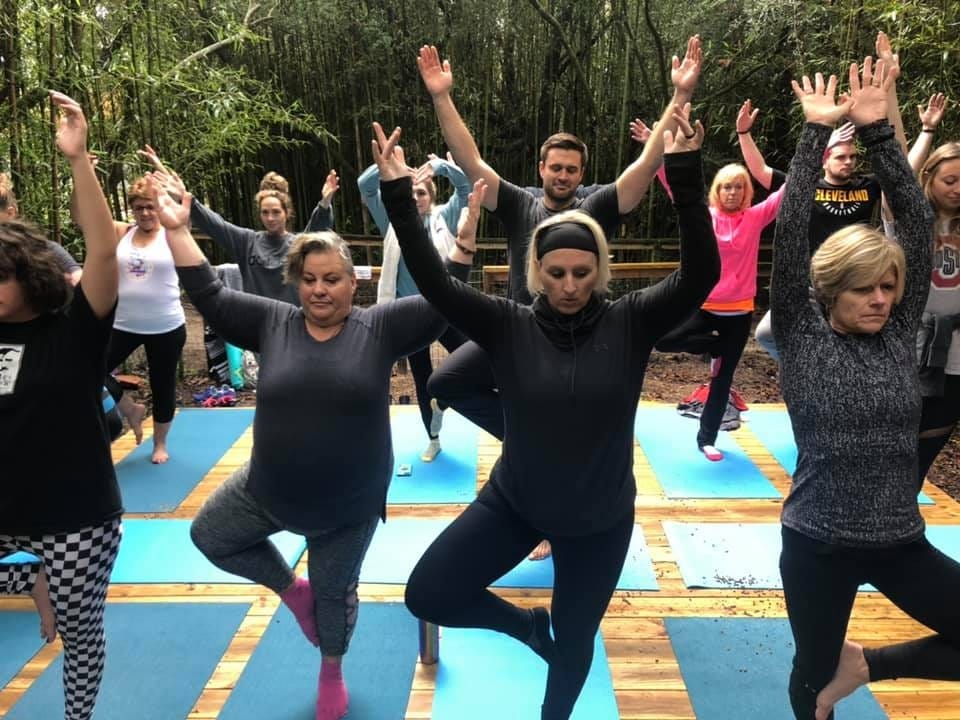 This article originally appeared on Crestview News Bulletin: You goat to try this yoga