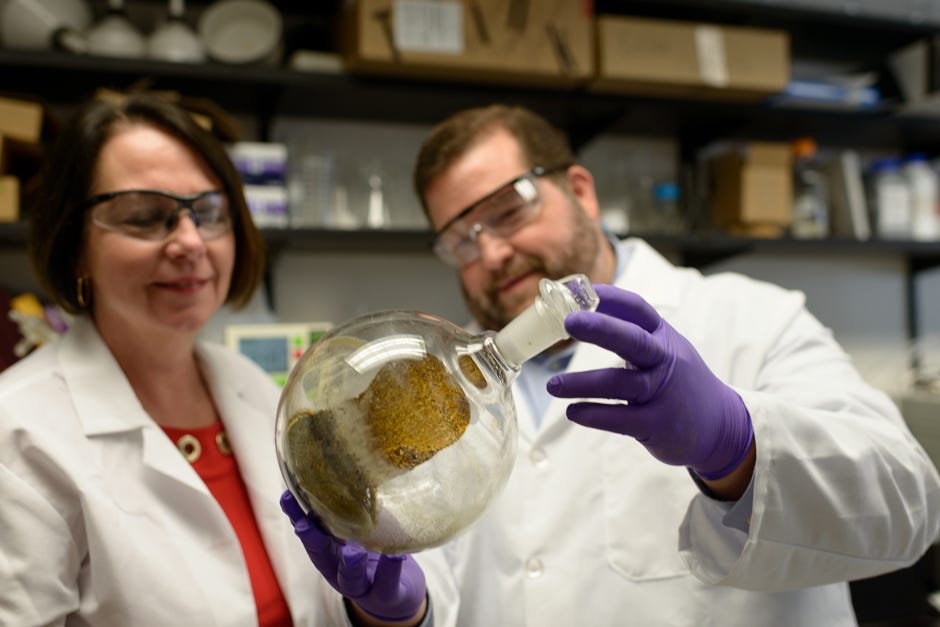 GAINESVILLE — The National Institute on Drug Abuse has awarded researchers at the University of Florida College of Pharmacy a two-year, $3.5 million grant to bolster research on Mitragyna speciosia, or kratom, and its potential to treat opioid misuse and physical dependence.

UFCP researchers have studied kratom, which comes from the leaves of a tropical tree from Southeast Asia, as a potential therapy to wean addicts off heroin or prescription opioids. It activates the same opioid receptors and appears to satisfy the craving, while possibly lessening the risk of respiratory depression.

Next they will seek to identify the pharmacology of its 40 alkaloids, test the effects of these individual alkaloids on the brain’s receptors and continue to develop treatment strategies to help addicts quit opioids.

Estimates show between 2 million and 4 million people in the United States use kratom, although the substance is poorly understood.

Many government agencies have a vested interest in the grant, including the NIDA, the National Institutes of Health, the Drug Enforcement Administration and the Food and Drug Administration. McMahon, McCurdy and their team have monthly meetings with the NIDA program officers to discuss progress of the UG3/UH3 grant.

“Chris McCurdy was a pioneer in the area of kratom research 10 years ago,” McMahon said. “This NIDA grant shows interest in the potential of kratom-based medicines, as well as concerns over the potential misuse of kratom-related substances.”

With new funding made possible by this and other grants, the size of the research team and infrastructure to study kratom have expanded. Quantities of samples that once took two to three months to generate can now be available in just one week.

The next stage of kratom research involves identifying the pharmacology of its chemicals. Bonnie Avery, Ph.D. identifies kratom’s alkaloids through chromatographic methods, to determine where they go in the body and how they are broken down into metabolites.

After that, McMahon and Jay McLaughlin, Ph.D. run in vivo pharmacodynamics tests to determine the effects of individual alkaloids on receptor targets in the brain.

The scientific team will continue developing treatment strategies to wean addicts off opioids, similar to the way the classically accepted drugs, buprenorphine and methadone, are currently prescribed. Although less dangerous than heroine and other prescription opioids, they are narcotics with the potential to be abused, which is why researchers are interested in safer alternatives.

The last main research objective is for McCurdy to change a natural substance in kratom to reduce symptoms of opioid withdrawal.

Donovan Baltich is a communications specialist at the University of Florida College of Pharmacy.