Written by archive on June 21, 2021. Posted in entertainment.

CRESTVIEW — STALKERs, prepare to return to the old factory offices once again for the third and final chapter in The Meadow!

Whether fans of military simulations and live-action role play (LARP) are new to Chernobyl MilSim’s series held in Holt, or returning to experience the current story’s conclusion, there’s plenty of full-immersion action waiting . 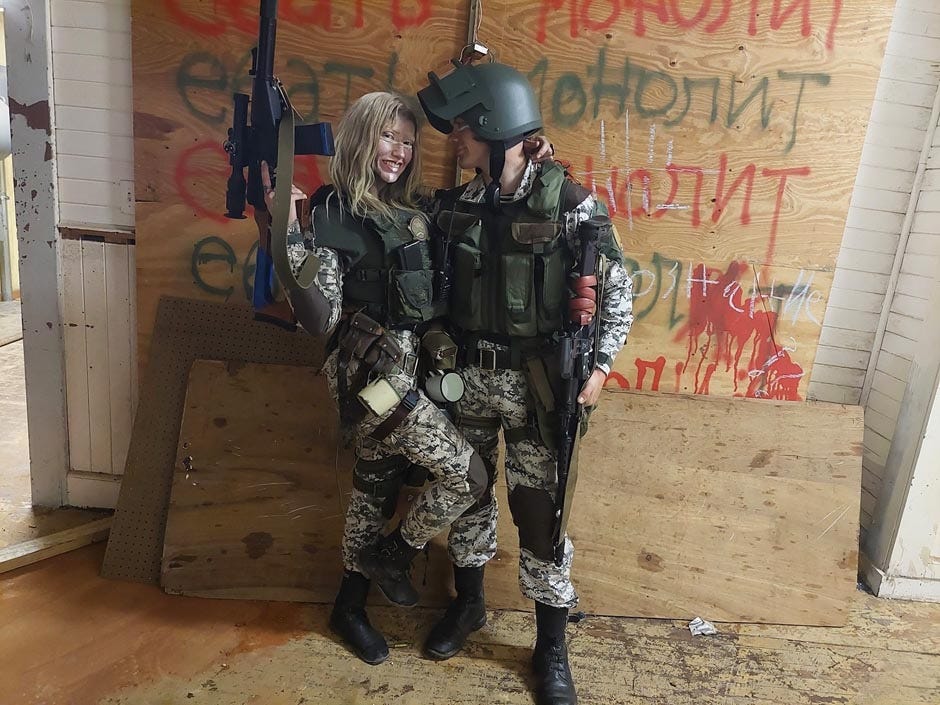 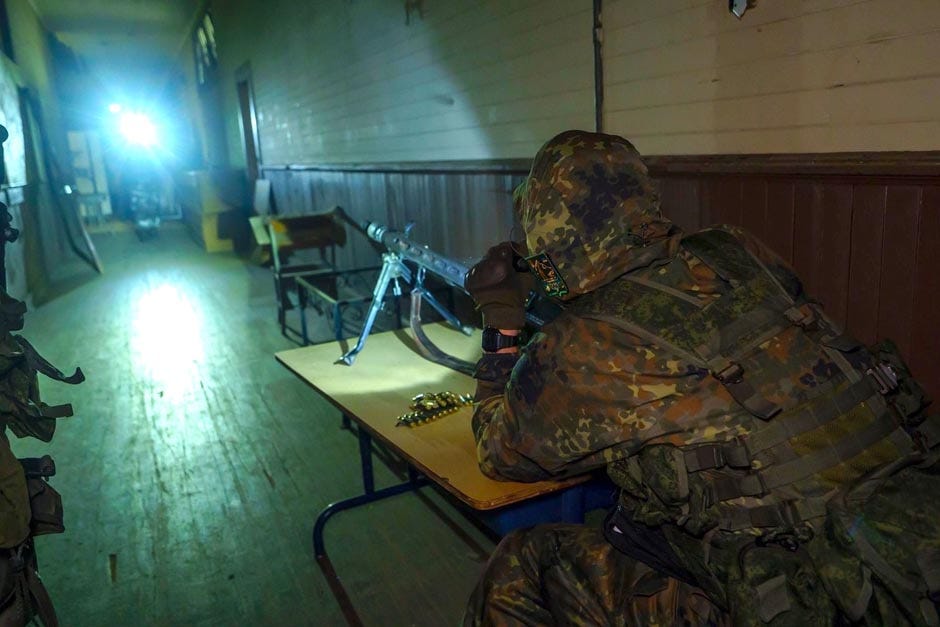 The event is scheduled from 4 p.m. Friday, June 25, through 3:30 p.m. Sunday, June 27, at the old Holt School, 563 U.S. Highway 90, Holt. Enter and park around back by going one block down Berry Road and turning left on Schoolhouse Lane.

The old Holt School again is the setting for a weekend of battling other factions based on the STALKER video game, plus fighting off the occasional mutant or zombie, Chernobyl MilSim owner and event organizer Dako Morfey said.

Clad in Eastern European uniform components from the early 2000a and 2010s, participants spend the weekend from Friday afternoon to Sunday afternoon completely within the confines of The Zone, a fictitious locale based on the real-life Chernobyl Exclusion Zone, the center of which is the site of the April 1986 nuclear power plant disaster.

Like the upcoming LARP, The Zone is the heart of the STALKER video game series. Participant STALKERS —Scavengers, Trespassers, Adventurers, Loners, Killers, Explorers and Robbers — can expect much of the same action, fun and rough-and-tumble they experienced in January and April, but with new twists and surprises, Morfey said. 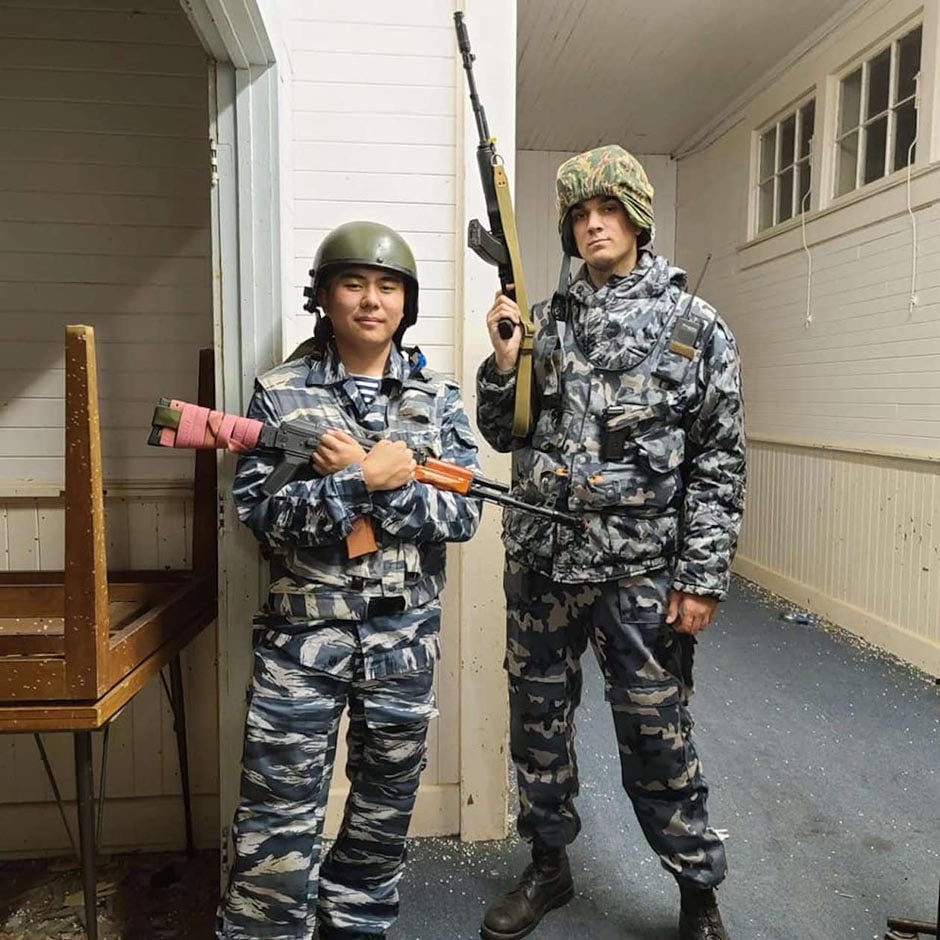 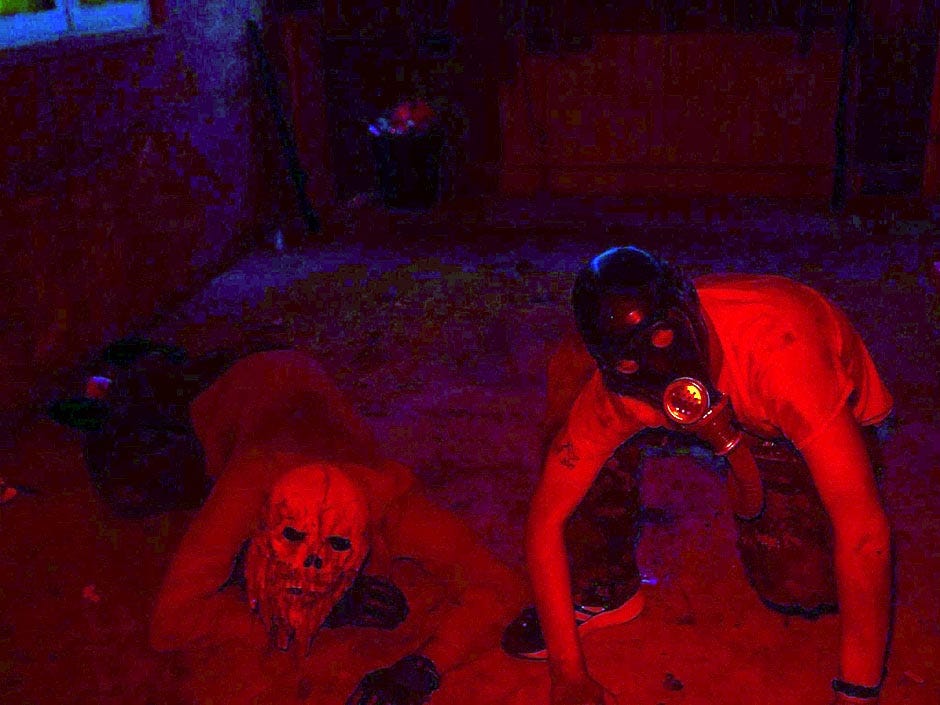 The event’s goal is to replicate in real life the STALKER game-play. Participants fire blanks, and airsoft weapons and pellets are forbidden.

“These events won't be constant gunfights and ammo-wasting ventures where a bunch of cowboys get to blast at each other all weekend,” Morfey said. “Ammo is limited and expensive! Players must think tactically, coordinate and plan. You're here to live the STALKER life, not waste $300 in blanks.”

The company’s decision to return to Holt even though Chernobyl MilSim has game locations around the country was easy, he said.

“The overwhelming support in the north Okaloosa County area is a major contributing factor to us continuing to bring our event to Holt,” Morfey said. “The people here are truly unique and inviting.”

For example, while he and his staff were setting up for the April milsim, several Holt residents came by to alert them to an Okaloosa County Sheriff’s Office hunt for armed suspects who had been spotted in the area.

“They were as concerned for our safety as if we were long-time neighbors,” Morfey said. “Another time, a local business sent us pizzas, and another place invited my staff and me over for breakfast.”

That local hospitality could translate into more tax-paying residents for north Okaloosa County as well.

“People are just so friendly, and local officials so accommodating and eager to help facilitate our LARPs that many of our staff are considering relocating to the area!” Morfey said.

Meanwhile, area residents can count on seeing strangers in unusual uniforms — plus a few zombies and mutants — prowling around the old, historic Holt School.

“We plan to continue hosting events in Holt and Crestview and want to give all the locals who’ve made us feel so at home our sincere gratitude,” Morfey said.

“After the disastrous expedition into The Meadow ended with most of the Science Team’s demise and many good STALKERs dead, the area remains mysterious and unpredictable. Bandits and Neutral Monolith maintained control over the safe area that is the old factory offices but that eventually led to a war between the two that nearly wiped out both factions. Many artifacts and components are still being found in the buildings, so many STALKERs continue to venture there using the 3.6 Bar as a base of operations. Duty and Freedom factions dispute control of the area currently but Bandits and Monolith still maintain a loose grip on the halls of the old offices. The psi radiation around the building fluctuates regularly, leaving windows of time to safely enter the area. Special equipment left by the Science Team shows STALKERs the gaps in critical psi levels. Yet another large emission has rocked the Zone and all contact with the 3.6 Bar was lost. Are you brave enough to venture into the buildings, STALKER?”

Where: Holt School, 563 U.S. Highway 90, Holt. Enter and park around back by going one block down Berry Road and turning left on Schoolhouse Lane.

How much:  Full player: $175 per person includes provisions. Zombies and mutant players, $40. Tickets are limited to assure participants’ safety. Uniform kit and weapons may be rented at registration. Tickets must be purchased at https://bit.ly/2SJyyw4. No on-site ticket sales are available.

Details: Once the milsim begins, no outsiders are permitted in The Zone. Presented by Chernobyl MilSim, chernobyl-milsim.webs.com. Participants must wear uniforms and kit as described on the organizers’ website and are encouraged to bring further provisions based on those described in the STALKER video games.