CRESTVIEW — When the Best Overall Awards were announced at this month’s annual Sister Cities International conference in Washington, D.C., the organization from a city familiar to most Northwest Florida residents was called out:

“This award is in recognition of the outstanding work done by your organization in advancing the goals and mission of the Sister Cities movement,” SCI President and CEO Leroy Allala said in an early July letter to the Crestview organization. 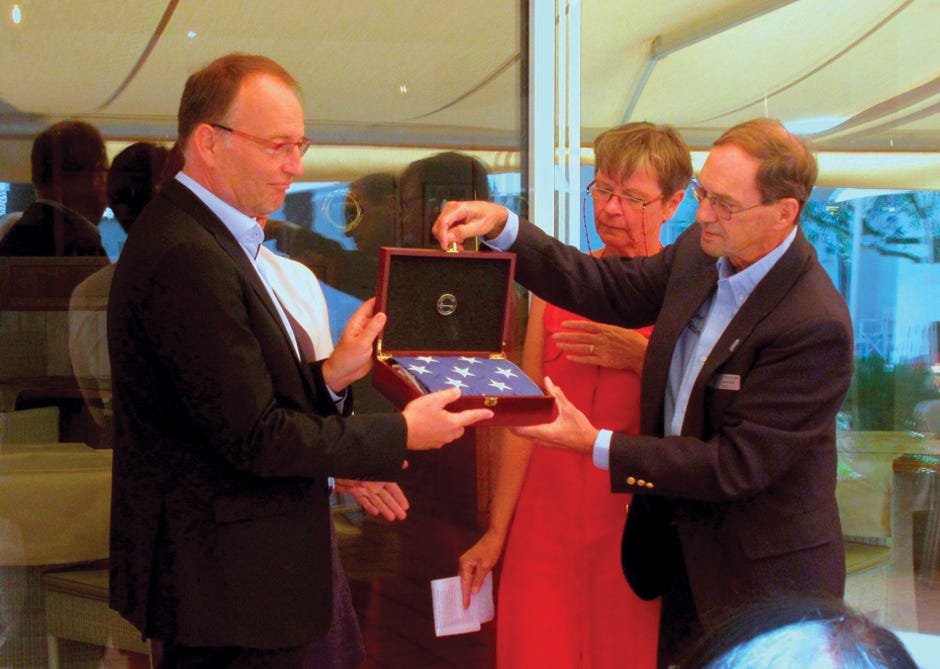 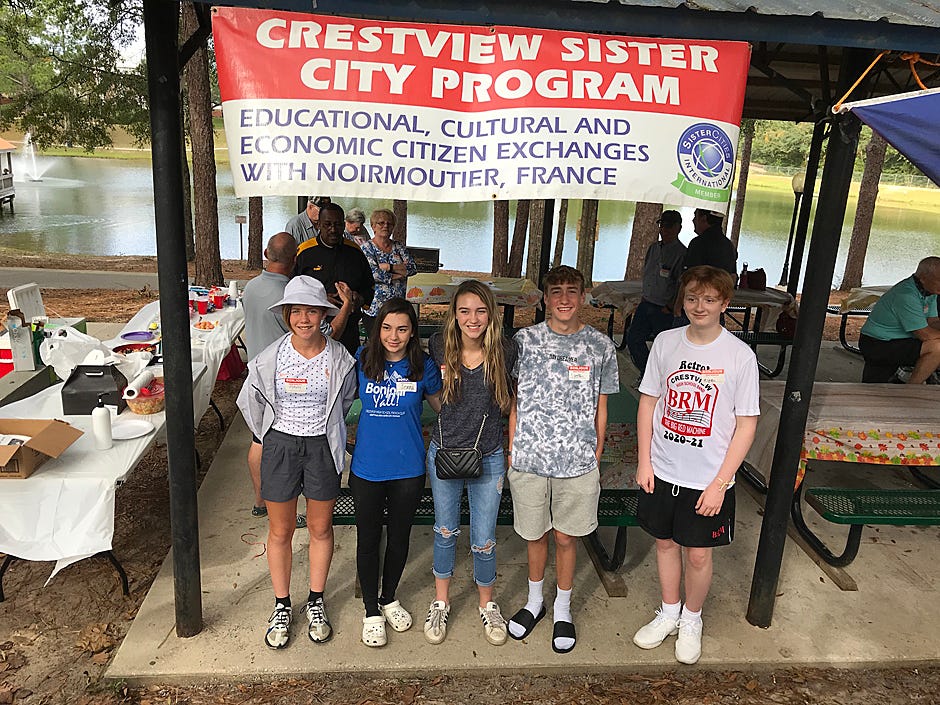 The only community between Tallahassee and Pensacola with a Sister City, Crestview has partnered with the French island community of Noirmoutier through Sister Cities International since 1997, though unofficial exchanges between the towns actually began two years earlier. It won the Best Overall Award for cities with populations 25,000 or under.

Allala said the officials judging the annual awards selected Crestview’s program as the nation’s best for persevering through a difficult year, having an active youth component, and building community partnerships.

“Overall, everyone agreed that Crestview did a remarkable job with their program in a year that posed many challenges for communities around the globe,” he said. “Several of the judges singled out the World War II Victory 75th Anniversary Commemoration and the involvement of students to lead its Stage Door Canteen.

While many other SCI member communities suspended or cancelled their programs during 2020’s COVID-19 pandemic, Crestview’s program found safe ways to hold events and engage the community, which caught the judges’ attention.

“Youth and education is a key part of most Sister City partnerships, and the judges were also impressed with Crestview’s student engagement in its virtual programs with Noirmoutier,” Allala said. 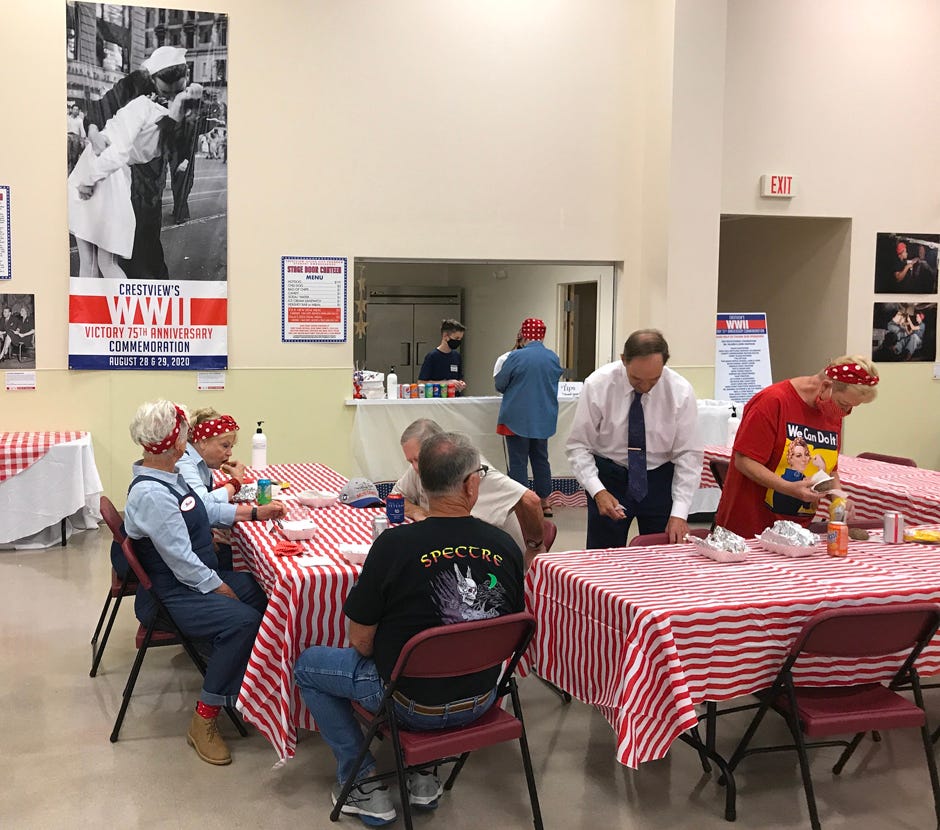 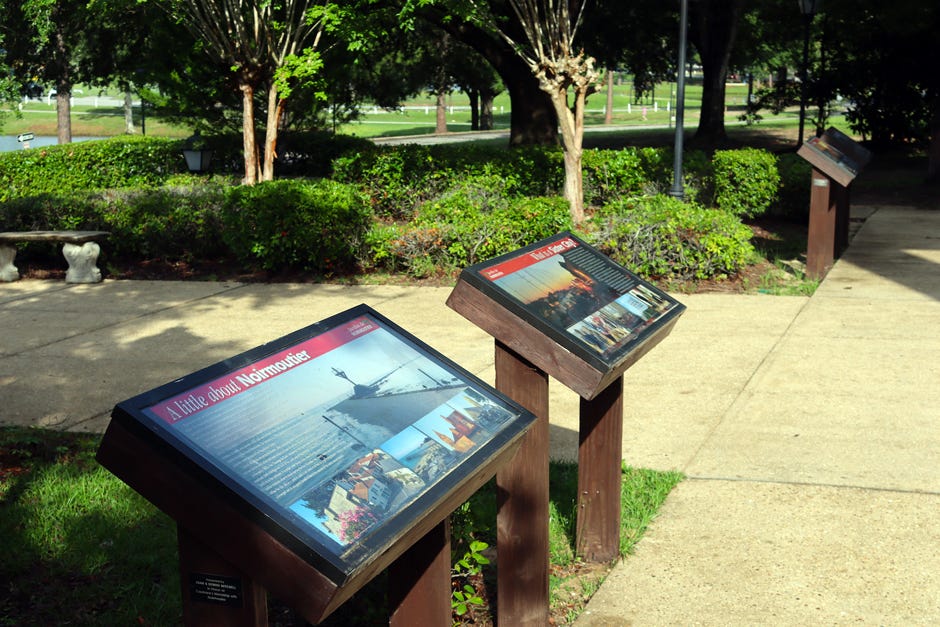 “Unfortunately, most student exchanges were cancelled in 2020 (and many in 2021), but the students in Crestview persevered and found other ways to connect with their counterparts abroad,” he said.

As the sponsoring community organization for the August 2020 World War II event, the Crestview program engaged a wide variety of community organizations and businesses to produce two days of educational exhibits, an impromptu living history demonstration, film screenings, and a successful Victory Ball, the COVID era’s first social soirée in the city.

The Crestview High School Sister City Ambassadors club operated the Stage Door Canteen snack bar during the weekend, raising nearly $700 toward hosting a delegation of Noirmoutier students who will visit Crestview in April 2022.

The Victory Ball raised more than $2,600, most of which will go toward the program’s student travel fellowships to help Ambassadors students visit Noirmoutier, with some money allocated toward hosting group events for the 33 French visitors next April.

Such successful events would only have been possible through partnerships between supporters in the business community and with the city, Crestview Sister City organizers said.

“Overall, it was clear that the ongoing support Crestview receives from the municipality and the community at large have helped your Sister Cities program to maintain strong international ties and produce successful programs,” Allala said.

WHAT IS A SISTER CITY?

In 1956, President Dwight D. Eisenhower launched a “citizen diplomacy” initiative featuring two programs — People-to-People and Sister Cities International. The latter, based in Washington, D.C., facilitates partnerships between U.S. communities and those in other countries.

Since 1997, Crestview has partnered with the congenial town of Noirmoutier-en-l’Île on the island of Noirmoutier. It is off the west coast of France, near Nantes and St. Nazaire.

Since Crestview’s relationship with Noirmoutier began, hundreds of local residents have experienced new cultural horizons by visiting our Sister City or having our Noirmoutrin friends visit us. To learn more, visit the Crestview Area Sister City Program Facebook page, or contact program president Brian Hughes at 850-398-5459.