Polar Bear is more than an ice cream shop

Written by archive on December 24, 2018. Posted in food, lifestyle. 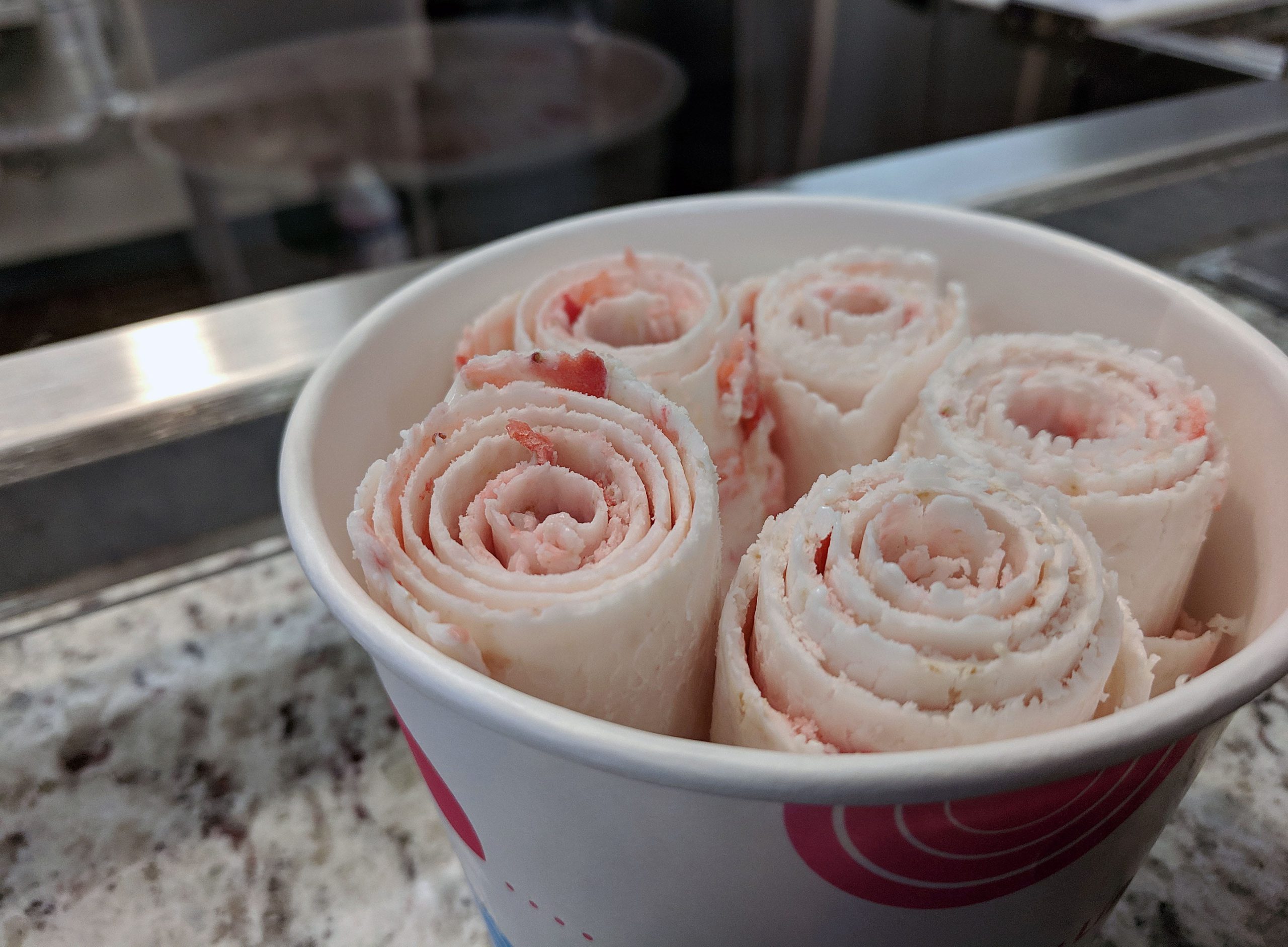 Alex Ou, the owner, emigrated from China to America 14 years ago. While living in Queens, New York, Ou had a dream of owning his own coffee shop. A week ago, he turned his dream into reality by opening an ice cream and coffee shop in Crestview.

While driving through the area, Ou saw the opportunity for business.

Weeks after looking at different shopping centers, Ou found an open location and began speaking with the owner.

Ou said he was happy to create 10 jobs for the area, some of which he gave to high school students. For four of the students, this was their first job ever.

Located next to Crestview High School, Ou said he trusts he chose the perfect location for an ice cream and coffee shop.

Unlike the more coastal ice cream shops Ou owned in Mirimar Beach and Destin, he said this one doesn’t have an off season which made Crestview even more appealing.

The taste of rolled ice cream separates it from traditional ice cream. Made with real fruit, the strawberry ice cream has miniature pieces of fresh strawberries and crunchy graham crackers with a distinct vanilla taste from the cream opposed to store-bought strawberry ice cream made with artificial flavors. Polar Bear has dairy-free options as well.

Along with the ice cream, Polar Bear offers hot and cold coffees and bakery items like muffins and biscuits.

Ou said he likes the idea of having a unique ice cream and coffee shop that offers cultural items like the Japanese soda Ramune and Taiwan Boba Tea — a drink mixed with tapioca balls at the bottom. 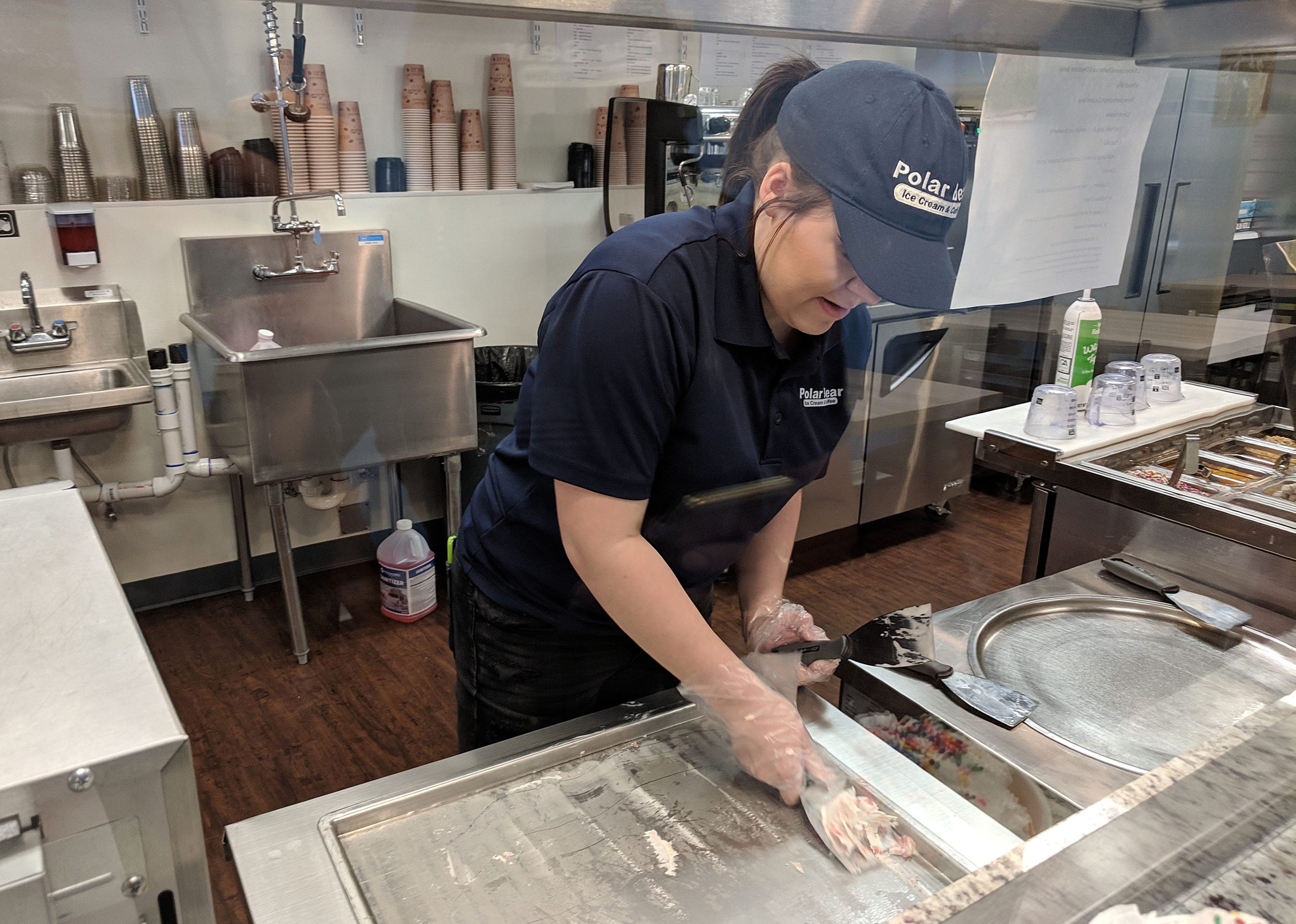 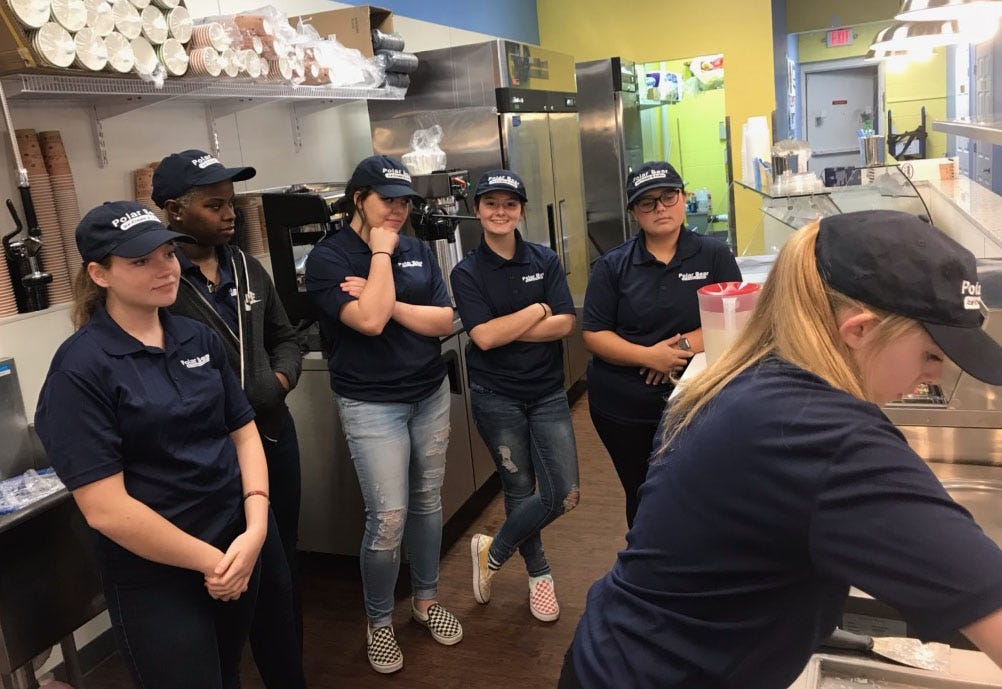 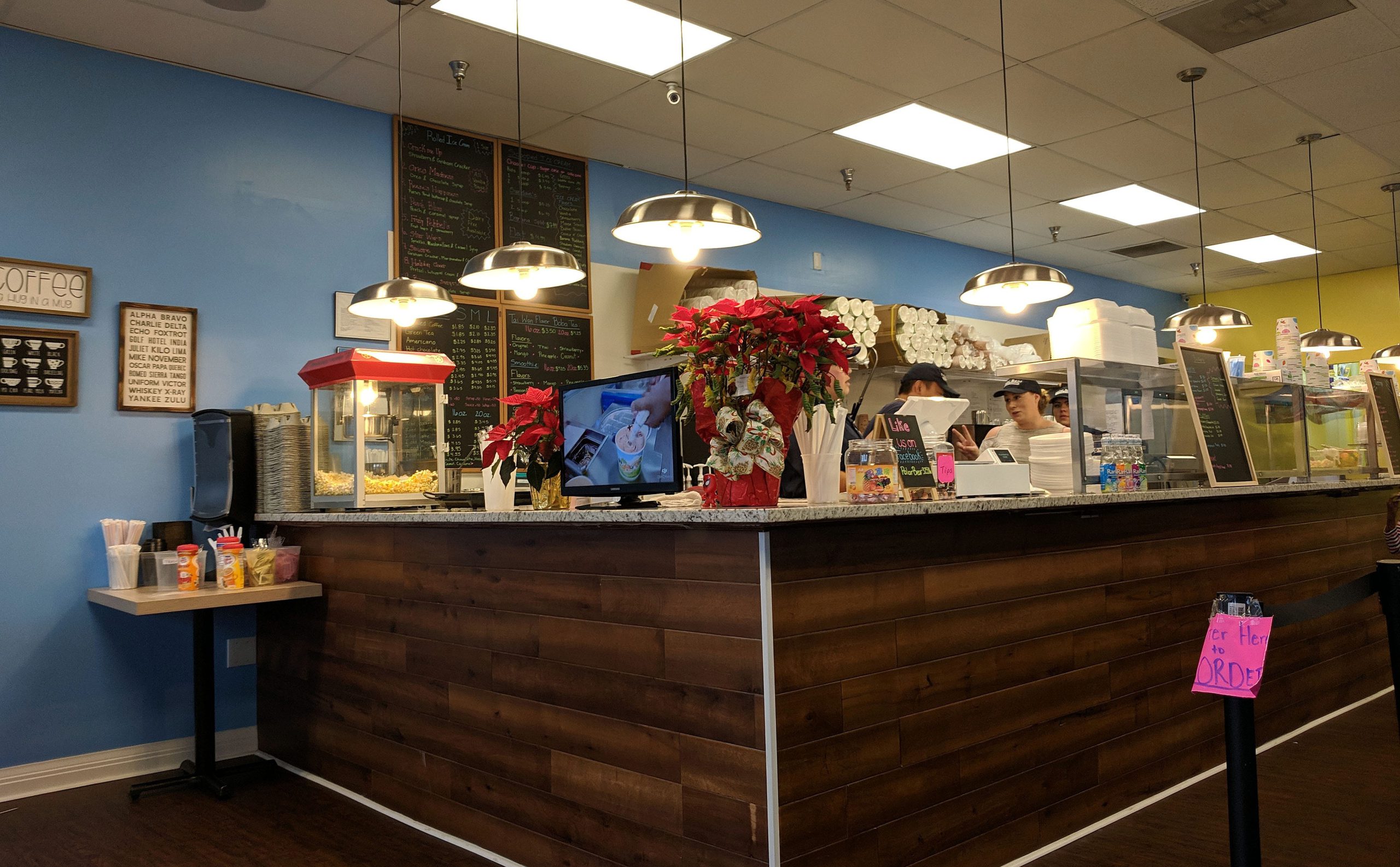 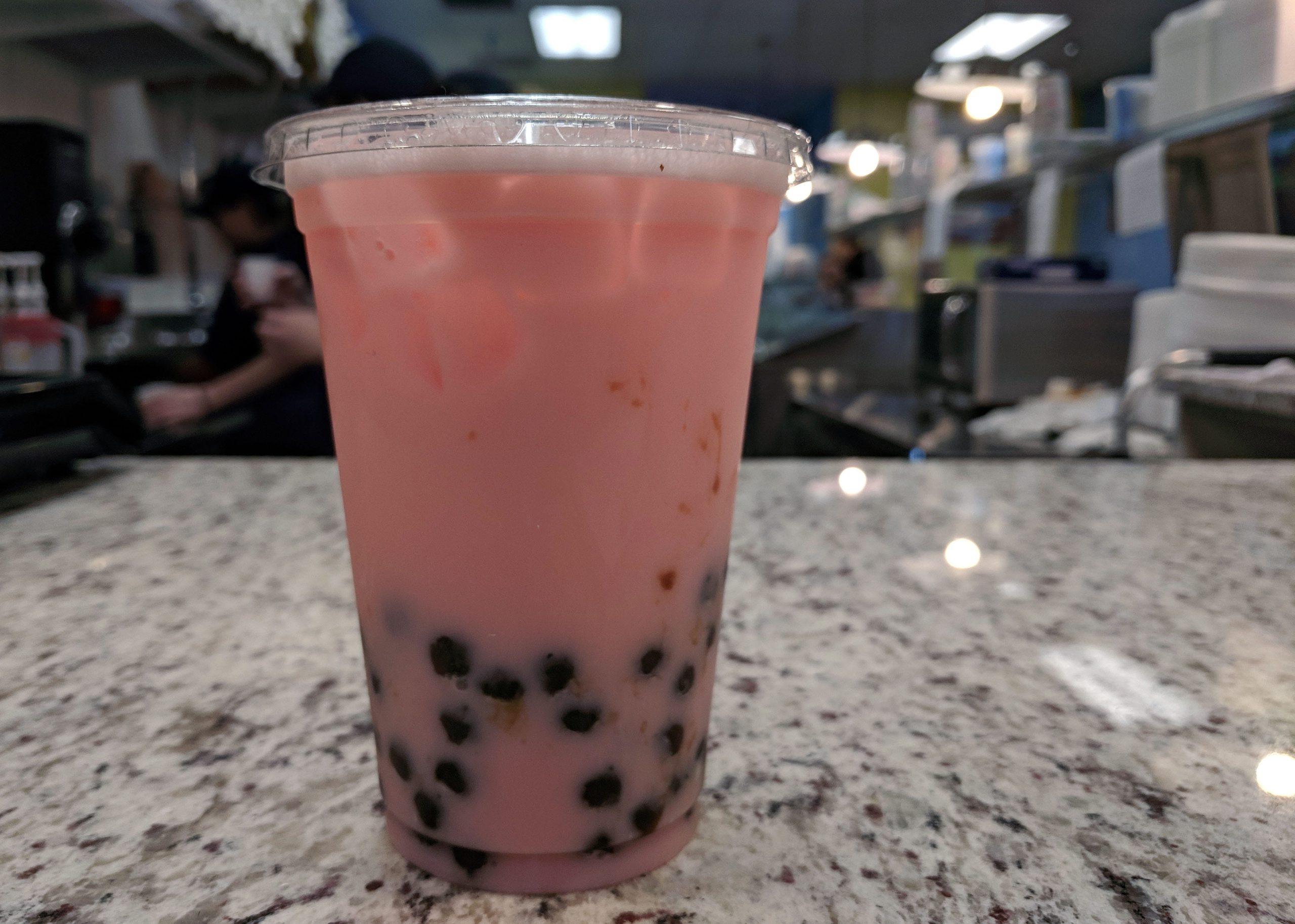 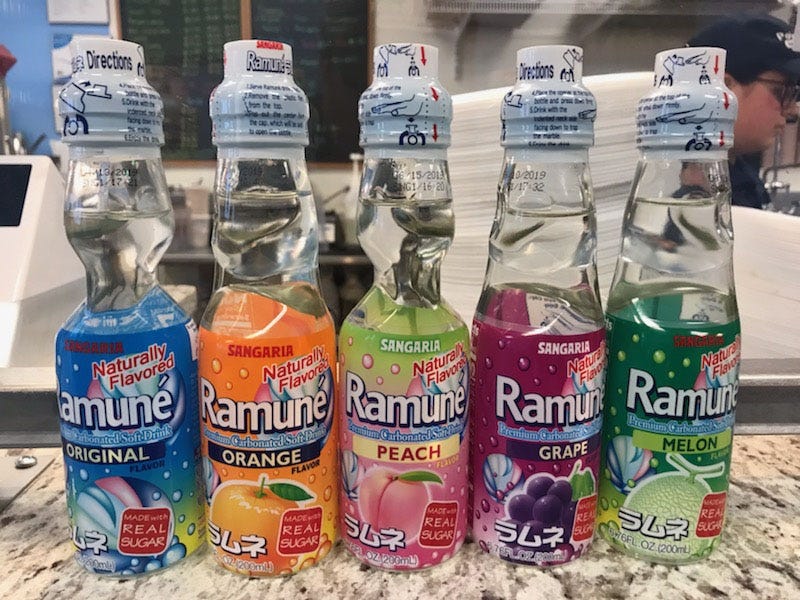 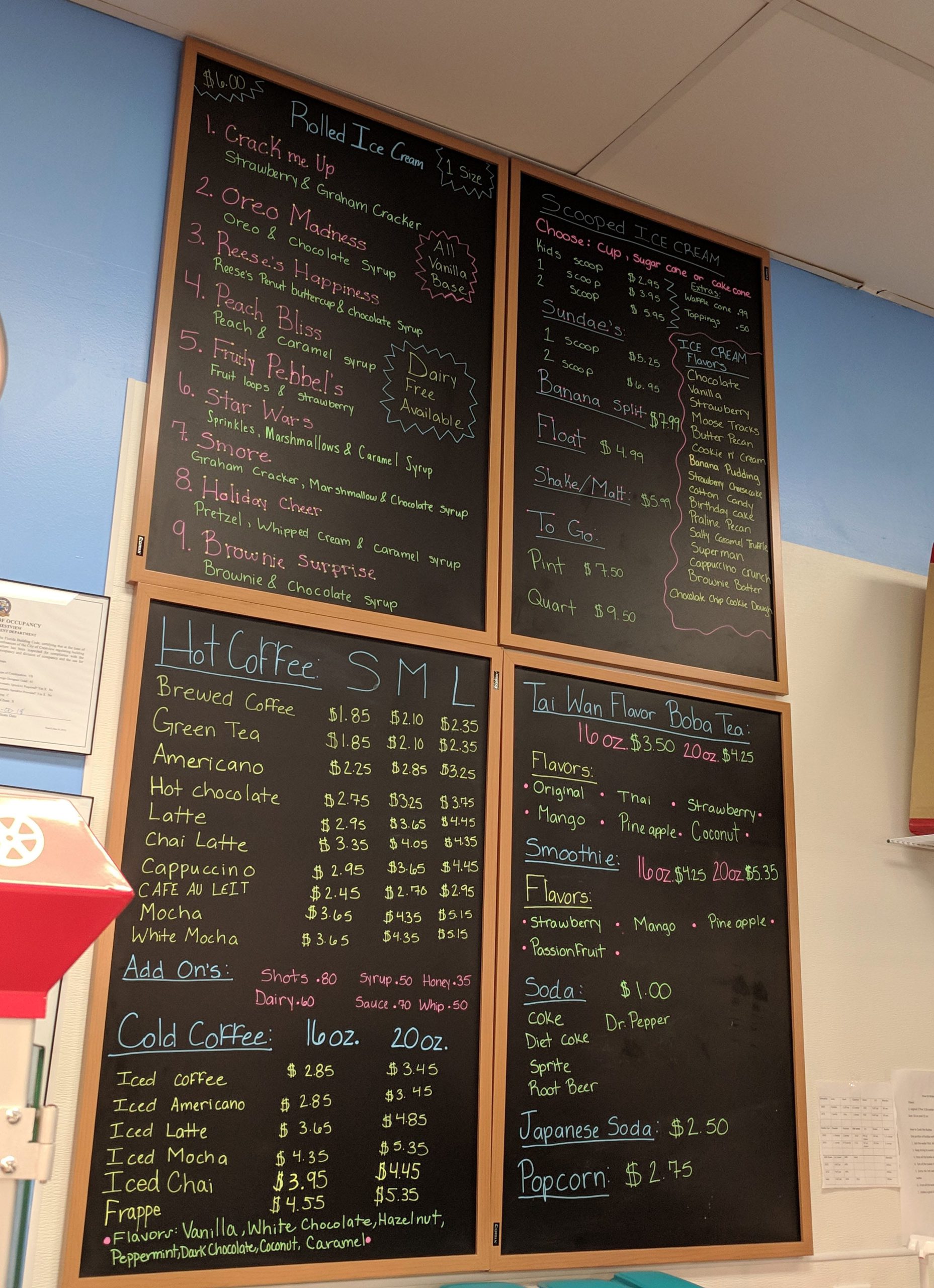