Written by archive on December 9, 2021. Posted in lifestyle. 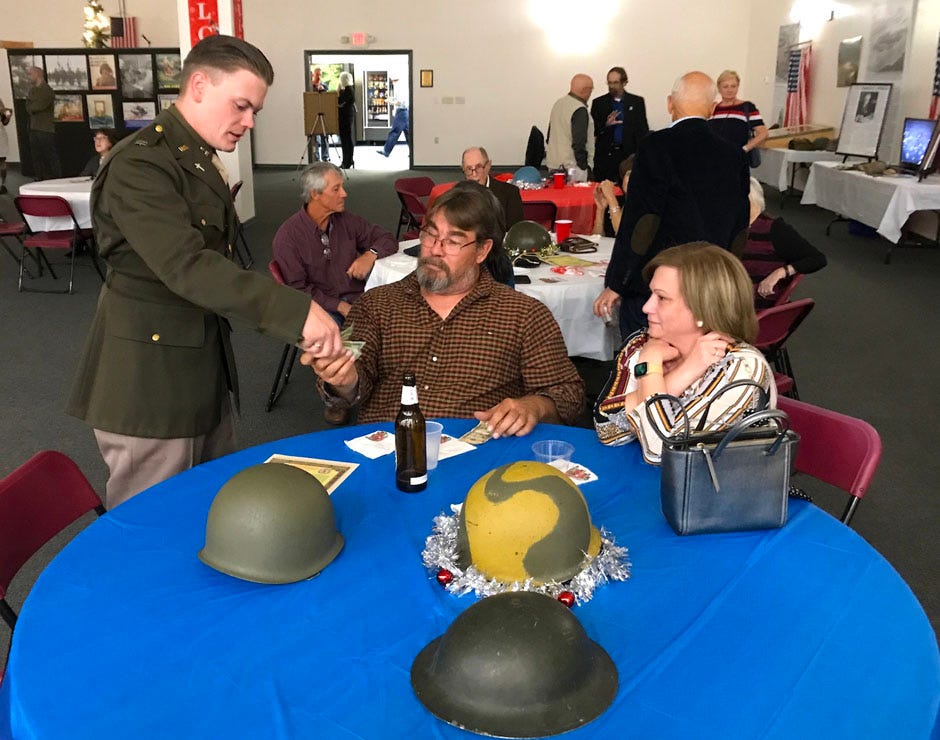 They raised more than $1,600 toward the city’s April 22-24 “Hail Our Heroes” World War II reenactment weekend.

“Here’s to a successful event!” event adviser and co-organizer Dako Morfey, dressed as a WWII American captain chaplain, said at the evening’s end as he raised his glass in a toast. “Thank you to all our donors, sponsors and hard workers.” 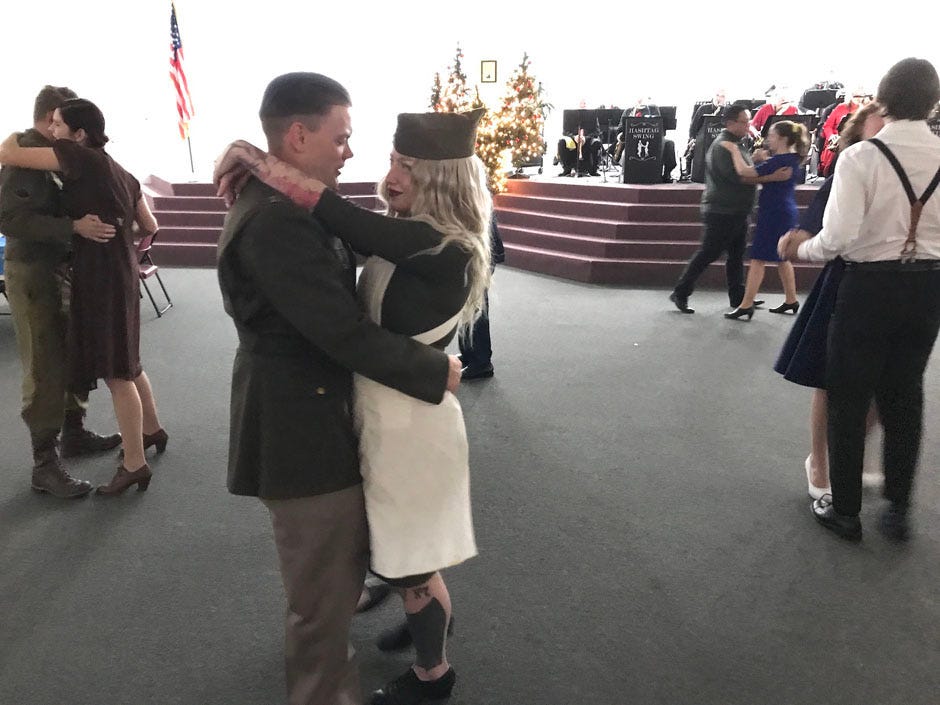 While the evening was lots of fun and feasting, it also had a serious side. Attendees and organizers reflected on the Dec. 7, 1941, “unprovoked and dastardly attack” — as President Franklin D. Roosevelt called it — by Japan on the U.S. Navy port of Pearl Harbor, Hawaii.

Historical displays beneath the flags of America’s military branches in Warriors Hall related how and why the attack was planned and executed, and also detailed America’s response just four months later on April 18, 1942. 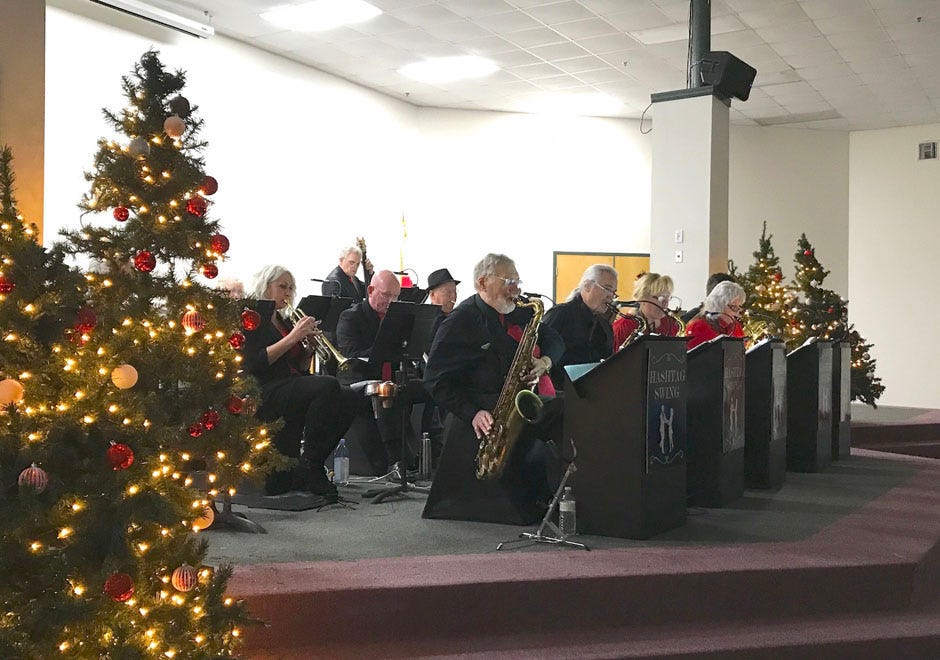 After intensive training at Eglin Field, Lt. Col. James Doolittle led a bombing strike, launched from the American aircraft carrier USS Hornet, against Tokyo and several other targets. While causing little physical damage, the raid shook the Japanese population’s faith in its military’s ability to defend the home islands and belied their leaders’ claims that their attack on Pearl Harbor had “crippled” America’s military might.

Back at home, the Doolittle Raid boosted America’s morale, showed what a unified national response would look like, and paved the way for the ultimate American victory in the Pacific war three years later. 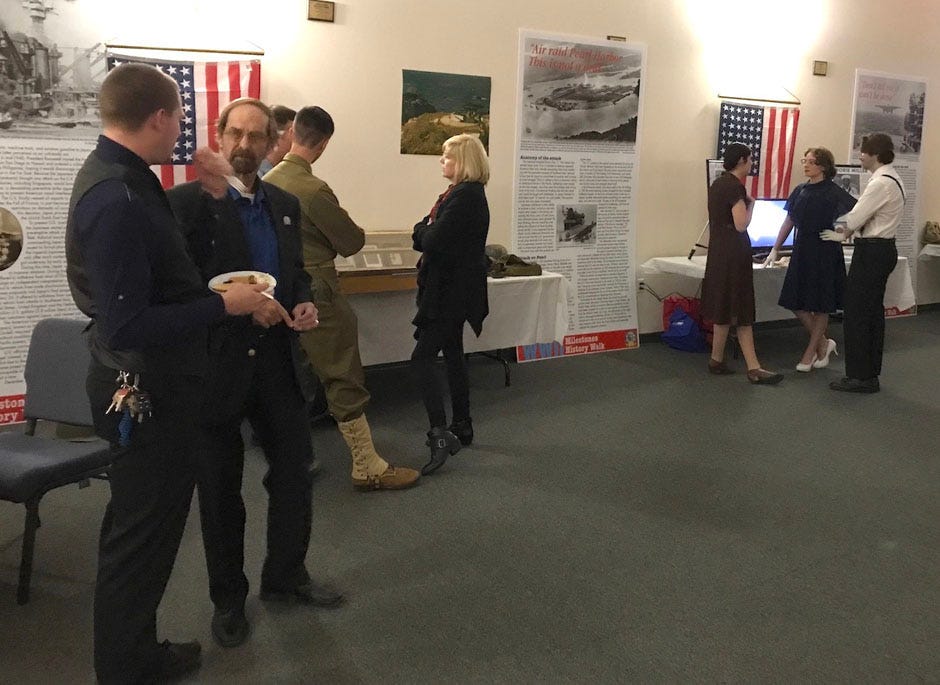 The Doolittle Raid’s 80th anniversary in April 2022 provides the impetus for Crestview’s planned weekend of equipment displays, reenactments, encampments, and other activities.

Among the several World War II reenactors at the “Swing into the Season” dance was Shobu Hasegawa, who was uniformed as a soldier of the Imperial Japanese Army. The University of West Florida student displayed Japanese WWII weaponry and equipment and, like his GI- and U.S. Navy sailor-uniformed friends, sparked conversations and war history discussions with attendees. 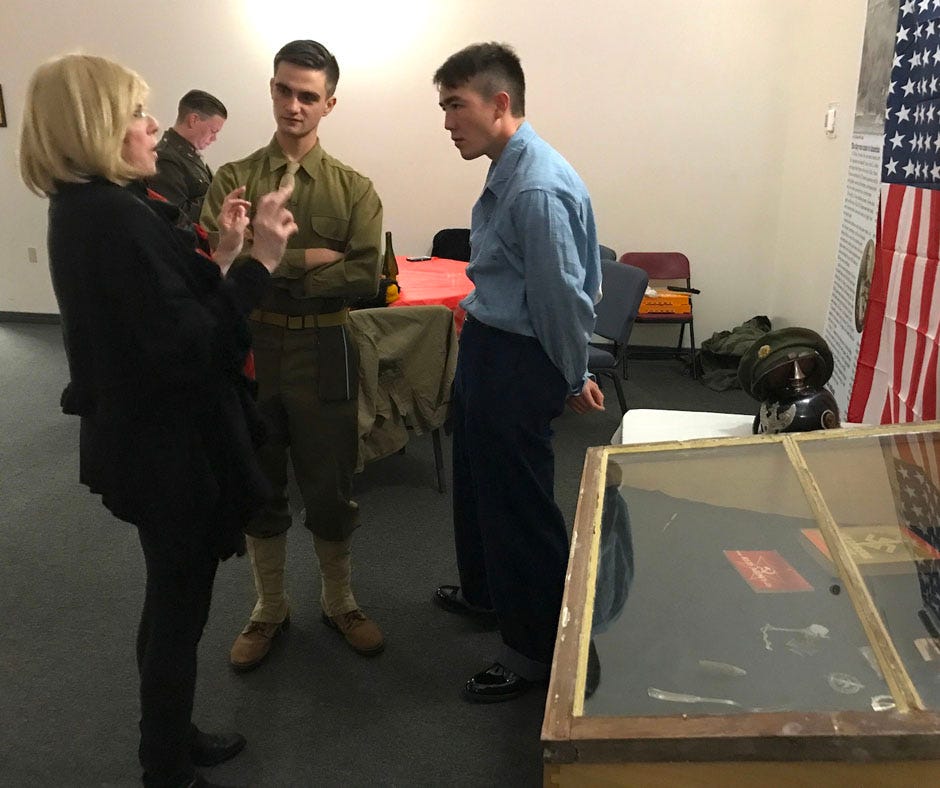 Though the dance’s focus was on America’s World War II heroism and honored those lost on Dec. 7, 1941 — “a date which will live in infamy,” as President Roosevelt called it — it was also a fundraiser for the WWII weekend, which will draw reenactment groups from around the country. An auction of genuine World War II American and British helmets and sales of $25 “war bonds” raised $625 alone.

It was also the first event under the city’s new Cultural Services Division. 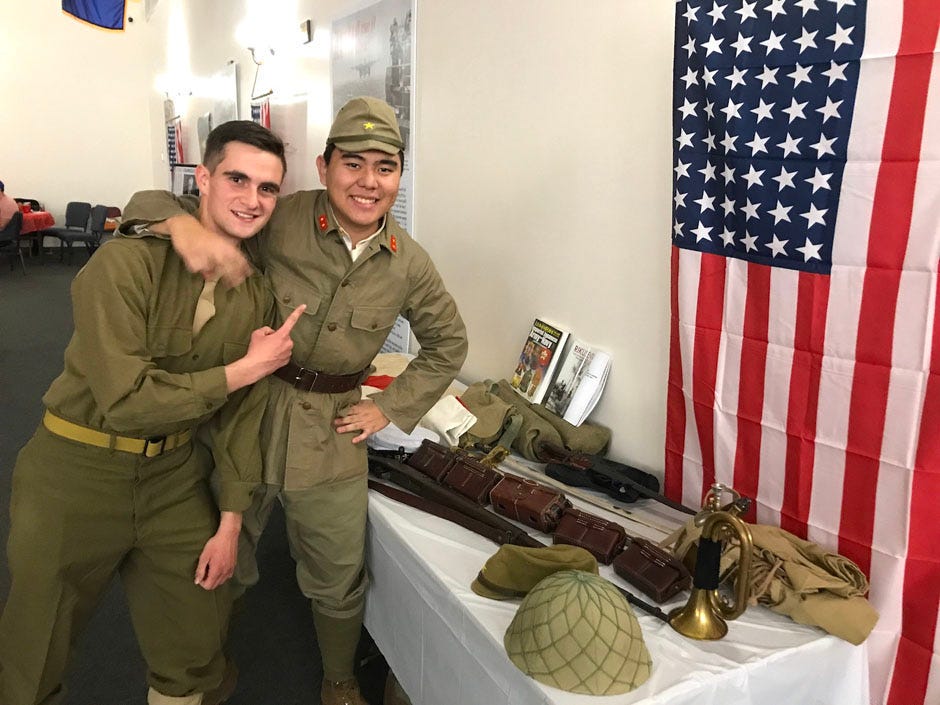 “While it was a lot of hard work, we also had a lot of fun,” Morfey said as he supervised a trio of reenactors manning vacuum cleaners at the end of the evening’s clean-up. “We’re looking forward to staging more events after the holidays.”

Donations toward assisting volunteer reenactment groups with equipment transportation expenses for the April 22-24, 2022, “Hail Our Heroes” weekend in Crestview are welcome. The overall goal is establishing at least a $5,000 fund. For donation information, contact Cultural Services Specialist Brian Hughes at City Hall, 850-398-5459, or hughesb@cityofcrestview.org.