Written by archive on September 30, 2021. Posted in lifestyle.

NOIRMOUTIER-EN-L’ÎLE, France — The 19 French students who will visit Crestview in April 2022 recently held a successful flea market in one of Noirmoutier-en-l’Île’s central downtown parking lots and netted more than $2,500 toward their travel expenses.

“The weather was nice, sunny but not too hot, perfect for this event,” Noirmoutier Sister City Committee President Stéphanie Gallais reported. 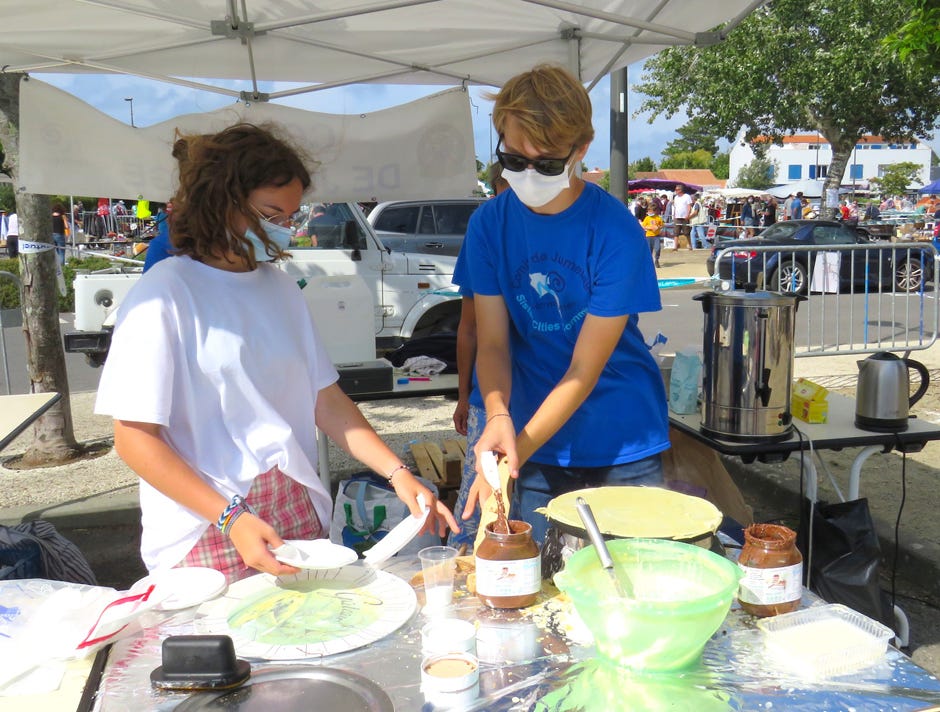 Many of the island’s 10,000 summer visitors were still at their summer homes or campers, assuring a steady flow of browsers at the event, she said.

The students, who will stay with Crestview High School student hosts when they visit, did most of the work, Gallais said.

Because last year’s COVID-19 outbreak on Noirmoutier island was largely attributed to an influx of visitors from Paris and other cities who fled to their summer homes as the country went into lockdown, the organizers took plenty of health precautions at their flea market.

“We organized social distancing and created pathways (between booths) to avoid problems between visitors, and we wore masks, had bottles of hand sanitizer, and put up health safety information signs,” Gallais, who is a nurse, said. 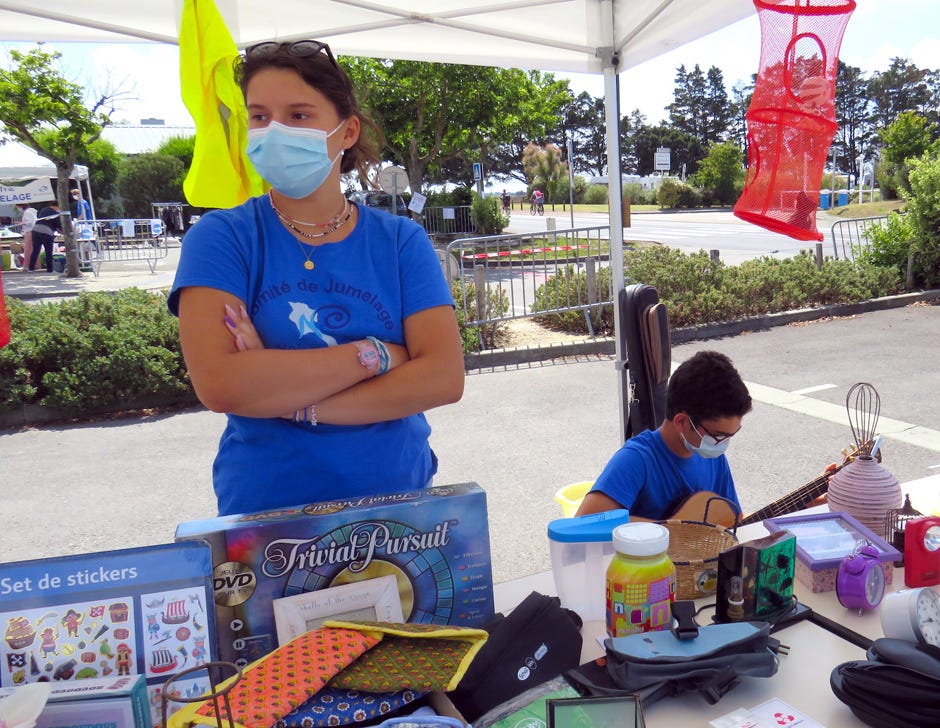 For the signature French pancakes, students Louna Tourneux and Aurane Bidaud melted a dab of butter in a pan, swirled a ladle of batter around then flipped each crêpe to lightly brown the bottom. Then their classmate Hugo Bugeon put a healthy smear of Nutella on each, rolled it up and presented it to the customers. At times, lines formed for the delicacies. 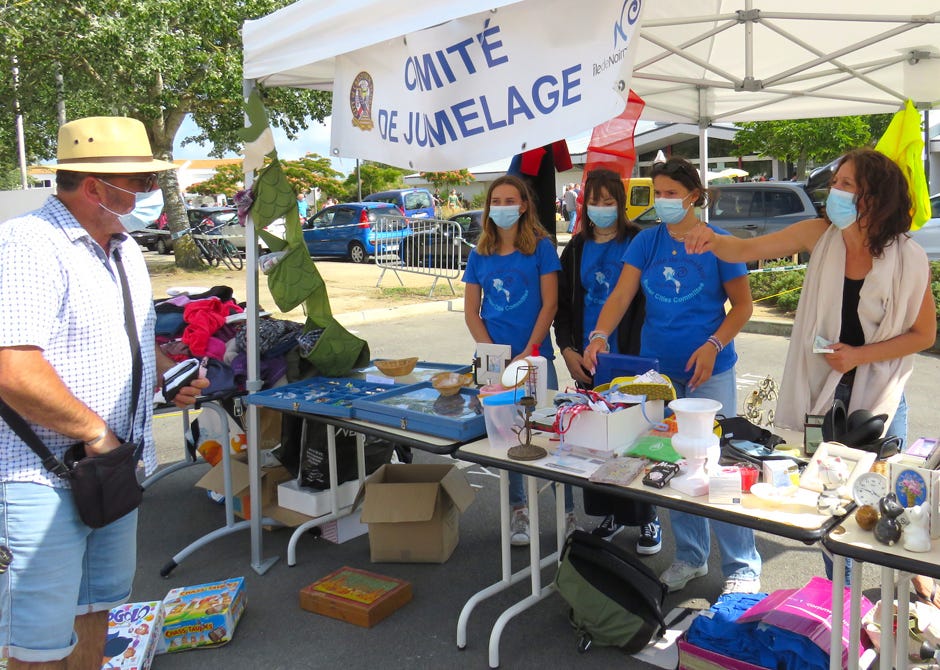 The successful event meant a lot of hard work, but the results made it all worthwhile, she said.

“Our students were happy to work,” Gallais said. “They know that the money collected will be used to help us for the Easter trip to Crestview.”

Through Sister Cities International, Crestview has partnered with the French island community of Noirmoutier, located off the west coast of France, since 1995.

Periodic exchanges between the communities include group travels (the next trip for Crestview residents is planned for May or June 2022), individual visits, student exchanges and performances on the island by Northwest Florida State College’s student show choirs. College level academic partnerships include student internships and a year of study through NWFSC’s business program.

Crestview’s program was selected by Sister Cities International as the best in its population category for 2020.