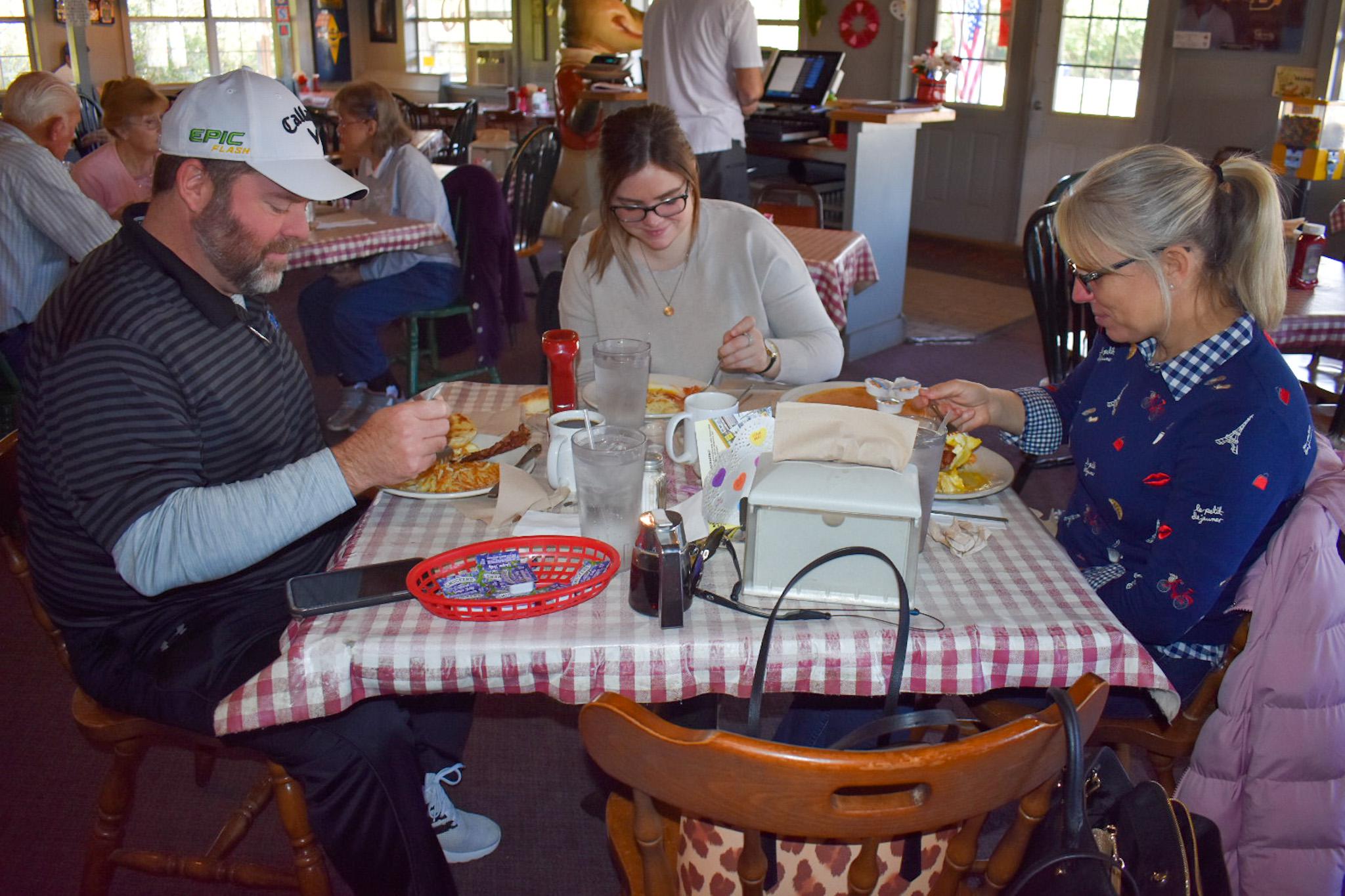 BAKER — The Gator Cafe will celebrate its 20th anniversary in March.

The cafe, located next to Baker School, opened in 2000. It‘s owned and operated by Eugene Mayhew along with his wife Amy and daughter Gina. Mayhew’s son, Josh, also used to work at there.

“I have been in the restaurant business since I was 17 years old,” Eugene Mayhew said. “I found out that this building was about to be available for lease, so I asked my wife about it. I didn’t really know where Baker was; I lived in Fort Walton and worked in Destin.”

After sending his wife to check out the area and seeing how close it would be to their young children’s school, the Mayhews decided to lease the building. They have been serving loyal Baker customers ever since.

“Customer support has been really good,” Mayhew said. “I see some customers that come in twice a day. Some of the same customers come in every day and sit at the same tables. It’s like a meeting place to see people you have not seen in awhile.”

When customers come in, they will hear country music playing at a low volume and feel as if they are going back to the 1950s or 1960s with rustic decorations.

Throughout the day, customers can choose from food such as hamburgers, chicken, steak and seafood. During lunch, the cafe offers a blue plate special with the customer’s choice of meat and three vegetables. It also serves drinks such as sweet tea, soda and milkshakes.

Jamie and Heather Sneed, who have been dining at Gator Cafe for four years with their daughter Amber, said they enjoy it because of the value for fresh food, friendly service and the hometown feel.

With 20 years under their belt, the Mayhews are excited about the future.

“We gave it a try and the years have just went on and here we are today,” Mayhew said.