Written by archive on November 8, 2019. Posted in entertainment. 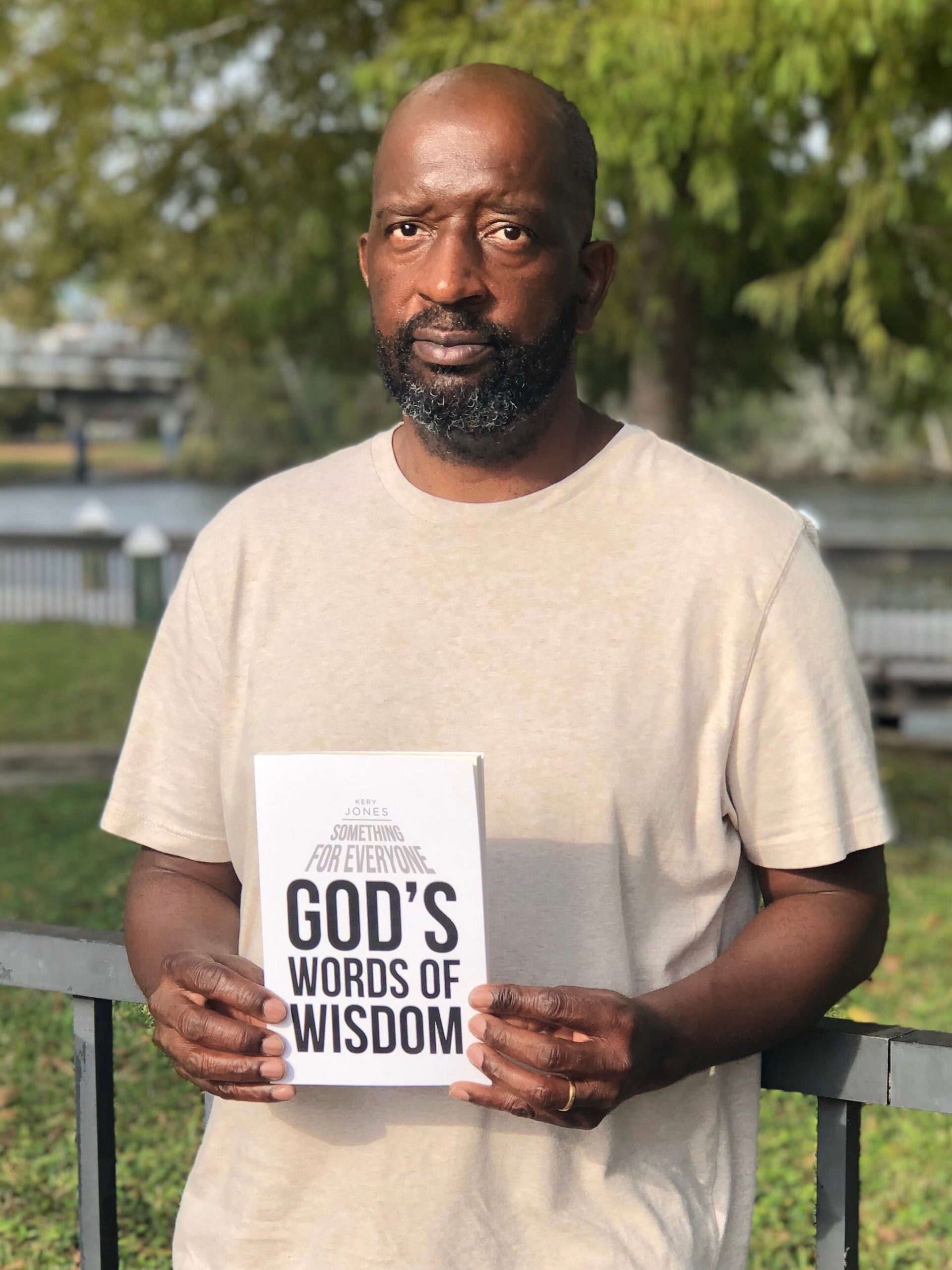 MILTON — Kery Jones’ new book, “Something for Everyone: God’s Words of Wisdom,” is a book that he was inspired to write by the Holy Spirit.

Jones’ publisher, Christian Faith Publishing, describes the book as a “heartwarming compendium of poems that relay God’s compassion and mercy that all people can partake in.”

Jones was born and raised in Milton. With the exception of the six years he spent in the United Sates Army, he has lived here all his life.

“God spoke to my heart to write this book,” Jones said.

He has written four books, two of which have been published. This is his first poetry book.

Jones new book is a collection of poems he wrote. Each poem is finished with a Bible scripture that relates specifically to that poem.

Jones was born on February 1961. He graduated from Milton High School in 1978 and enlisted in the Army. He achieved the rank of Specialist Forth Class and was postal administrator.

“I loved the six years I spent in the Army,” Jones said. “I got to see the world.”

And the world showed him things he could not get used to.

“Looking back in my own mind, (God) was the way to go,” Jones said.

Jones said he had a reality check. The people around him were living and going down a dangerous path.

Then Jones had an epiphany. Although Jones was well versed in God’s word, he realized he was not living those words. He had reached his crossroad. Jones decided to live by God’s word and it changed his life.

He became a Sunday school teacher, a loving husband and father, a minister of the gospel and a veteran of the U.S. Army.

Jones left the Army in 1984 and came back to Milton. Jones was quickly hired by an NAS Whiting Field contractor named Dynalectron, today known as DynCorp. He still works there and credits God for the job.

Jones said God talked to him about writing the book at a banquet he was attending.

Jones recites an Old African American saying, “Give me my flowers while I live so I can see their beauty and smell their fragrance.” The banquet was to honor a pastor’s wife for all the good things she did for the church and congregation. The pastor gave his wife her flowers while she lived so she, her friends and family could enjoy and appreciate her good deeds.

“I knew it was God because I was born again and had been studying the Bible,” Jones said.

Jones is a member of the Living God’s Standard Community Outreach Church at 6731 old Highway 90, in Milton.

“Something for Everyone: God’s Words of Wisdom,” is available at book stores, Amazon, and other online retailers.