‘I want to make downtown pretty’

CRESTVIEW — In Crestview’s historic downtown distract, native Floridian wildflowers are sprouting on the side of a popular bakery café. 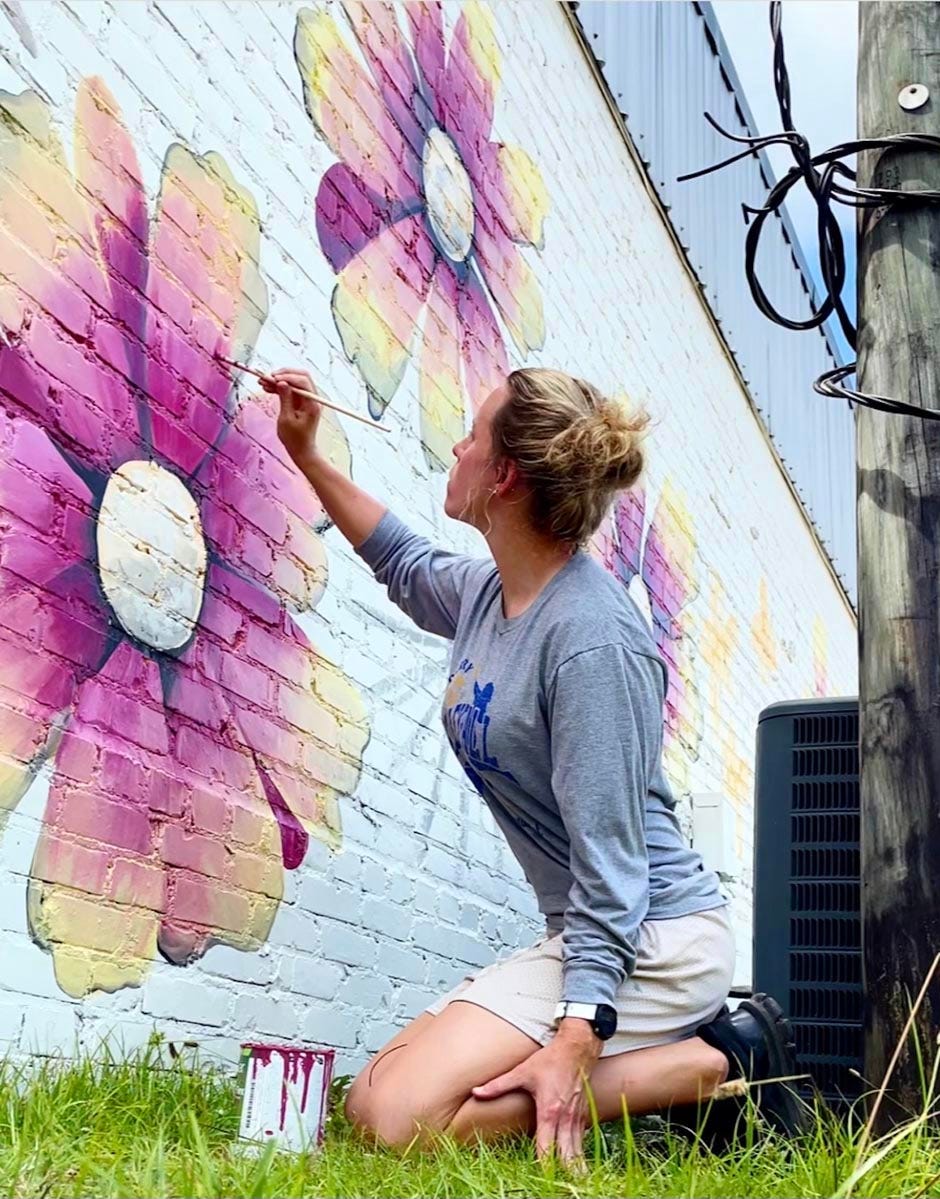 Inspiration for the mural began when Crestview Police Department Chief Stephen McCosker, City Manager Tim Bolduc and Community Development Services staff began the current ongoing effort to address blight, including graffiti, a scourge that had hit the Back Home Bakery rear side wall.

“It started with graffiti we had to cover up,” Dorene Howard said. “Tiffany came to us a while back and asked if she could help.”

“I felt we should do a downtown beautification project of some sort,” Woodham added. “I want to help make downtown pretty. Kimberley and I met and we discussed what the design should be and Florida wildflowers came up. We wanted to do something that people would like and would want to take their pictures in front of.” 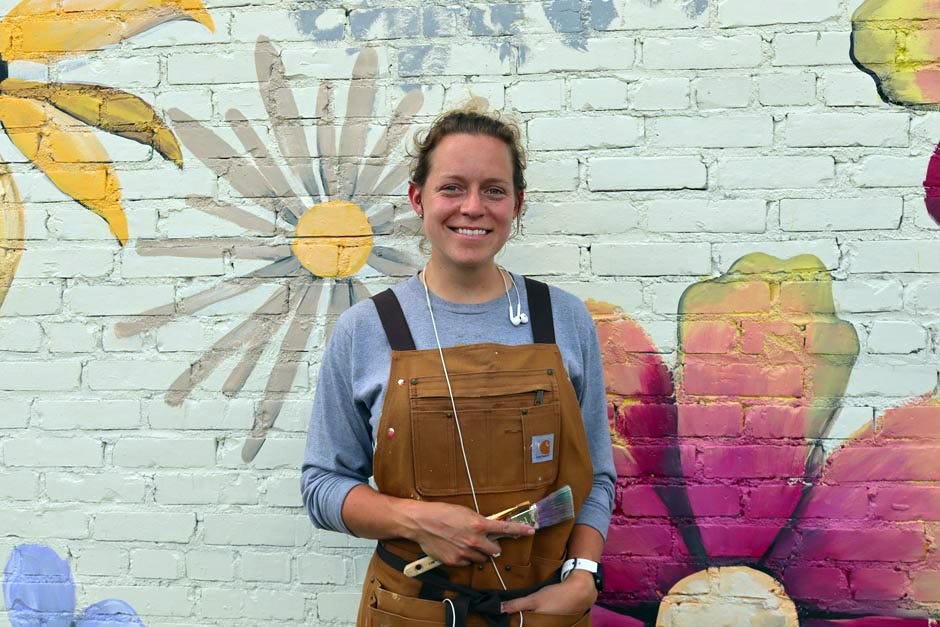 While the Howards painted over the graffiti, Woodham, who funded the project, engaged Donahon’s talents to realize their concept of a Florida wildflowers motif.

One of her main challenges, Donahon said, is the irregular brick surface she’s working on.

“I didn’t realize how much texture there is to this wall,” she said, indicating chinks in the mortar between bricks, plastered repairs, and utilities boxes and cables on the 1920s wall. But those flaws haven’t stopped admirers of the mural from pausing to watch the artist at work.

“It’s amazing how many people have stopped by to say how much they like having some color downtown,” Donahon said.

“We wanted to do something to help beautify Crestview,” Dorene Howard said. “We’re doing our part to make Crestview look good.” 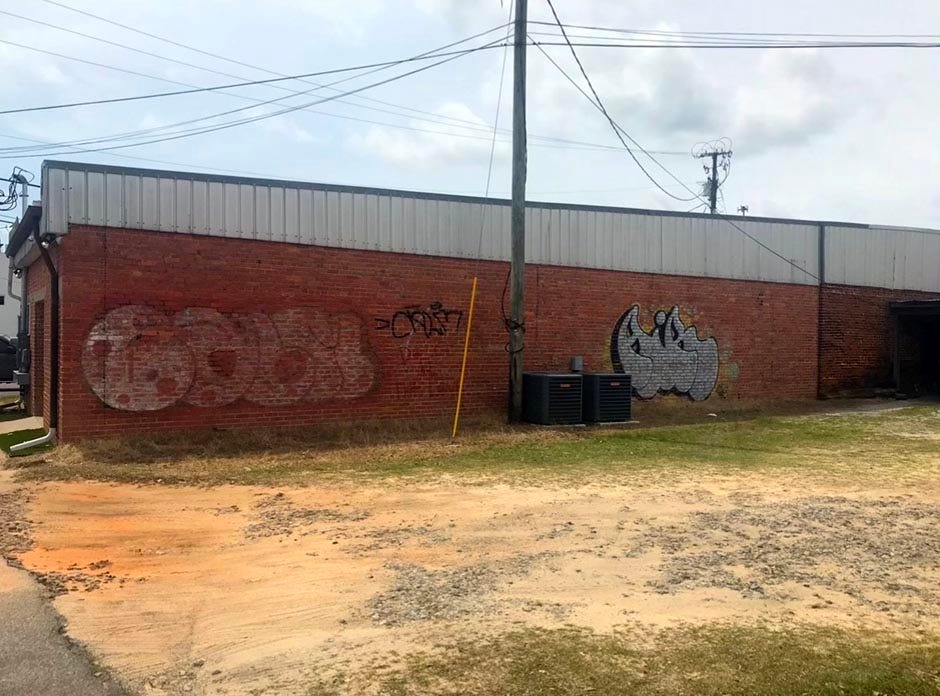 Woodham said she hopes the idea of transforming blank walls into works of art catches on.

“We should all get together with other businesses and create murals,” she said. “It would bring everybody downtown to look at them.”