EXTENSION CONNECTION: Small snails find their way to Florida from Mexico via rails

Recently, I’ve been getting questions from homeowners about high populations of small snails. So far, questions about these non-native snails have come from the Baker and Laurel Hill areas. But, these nuisance snails may be heading your way. 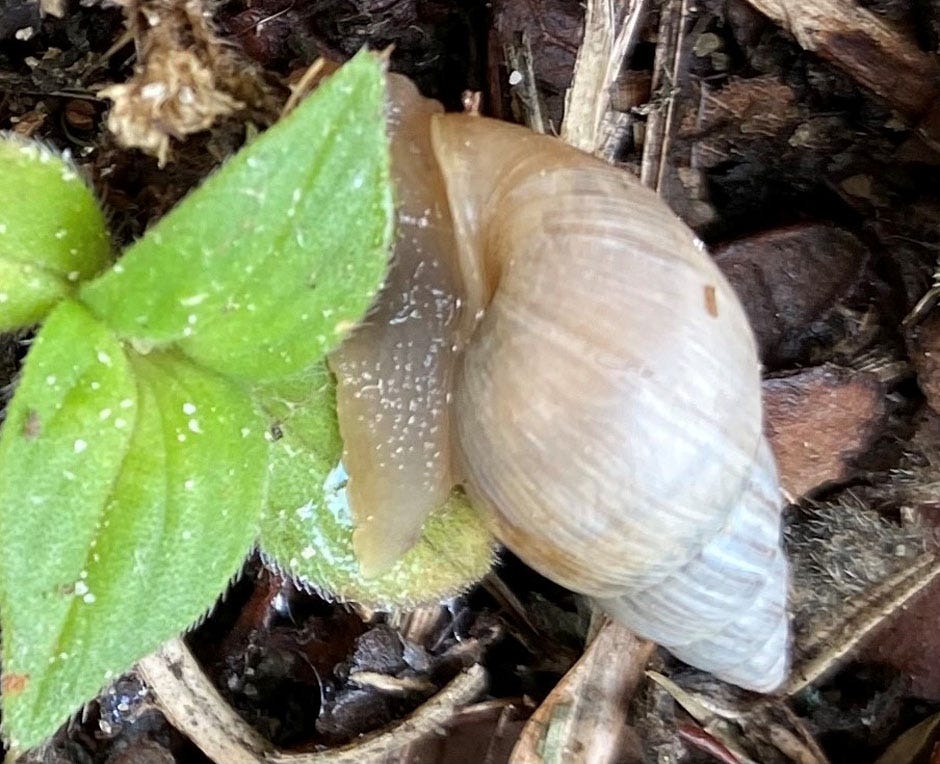 This snail’s shell is conical in shape, tan to light brown in color and ranges in size from 3/4- to 1 inch in length.

It appears that these snails came in on CSX railway cars from Mexico. The first known populations in our state were all near CSX railways. They are an introduced species from the West Indies and were identified as Bulimulus sporadicus.

In Florida, these snails were first reported in the Jacksonville area in 2009. Since then, they have been found in other parts of Florida, including in the Panhandle. Infestations also have been described in Alabama, Georgia, Mississippi and Texas in recent years.

How they affect agriculture 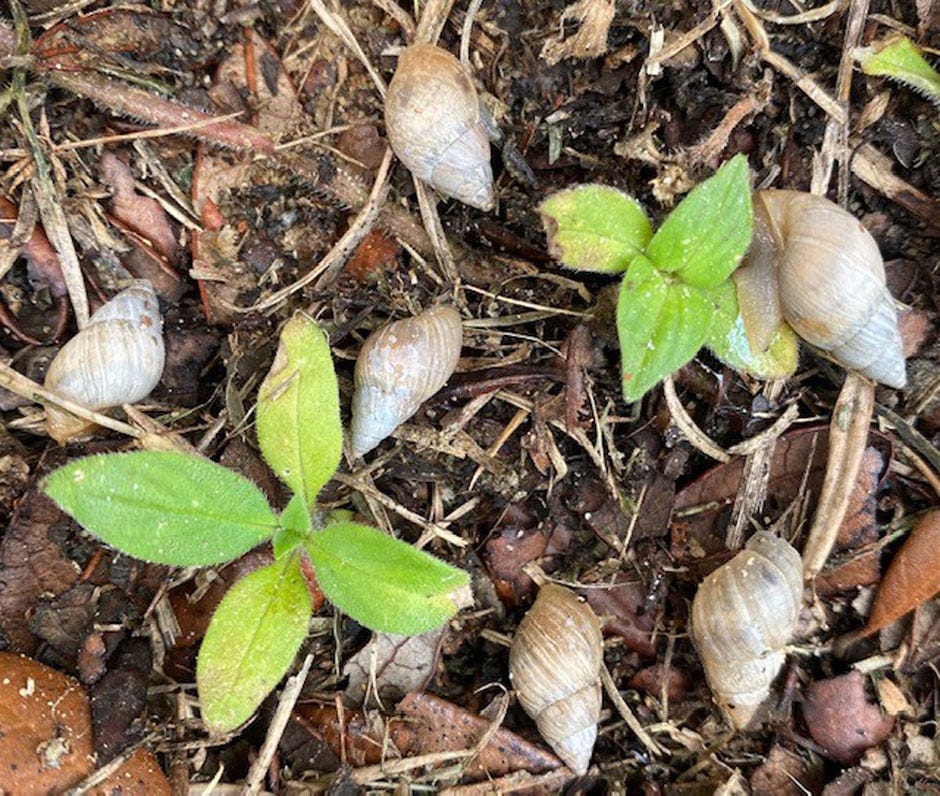 I first saw these snails myself several years ago while on a farm tour in Jay/Allentown area in northern Santa Rosa County. Their numbers were impressive, attached to farm harvesting equipment and in the debris/leaf litter of cotton and peanut fields.

It’s their populations (extremely high numbers) that are creating problems. So far it appears that these snails are mostly feeding on decaying vegetation and not as much on living plants.

Their high numbers are creating problems when it comes time to harvest certain row crops. They also have become a problem for citrus growers, mainly in clogging the micro-sprinkler emitters used to irrigate citrus trees. And, in the landscape, they become a nuisance as the snails climb up the sides of houses and tree trunks and cover landscape plants.

These snails thrive in Florida’s tropical climate and with an abundance of organic matter on which to feed.

In home landscapes, modifying areas that hold moisture or that stay overly wet may reduce favorable feeding, breeding areas for this snail.

This may include reducing or eliminating areas that hold moisture such as mulched beds and groundcover plants.

It may help to be careful to not irrigate too much. I’ve been trying to convince people to make this change for years.

So far, chemical control has not been very effective. However, there are slug and snail baits that you could try. Some of these are quite toxic to pets and wildlife. Always follow the directions and precautions when using any pesticide, including molluscicides!