Written by archive on October 18, 2021. Posted in lifestyle.

Goldenrod is easily recognizable this time of year with its showy yellow flowers held high on stems moving back and forth by autumn winds.

A field full of these vivid yellow blossoms is a sight to see with a bright blue fall sky as a background. But too often this plant is blamed for the sneezing, runny nose and itchy eyes that many people suffer while goldenrod is blooming. 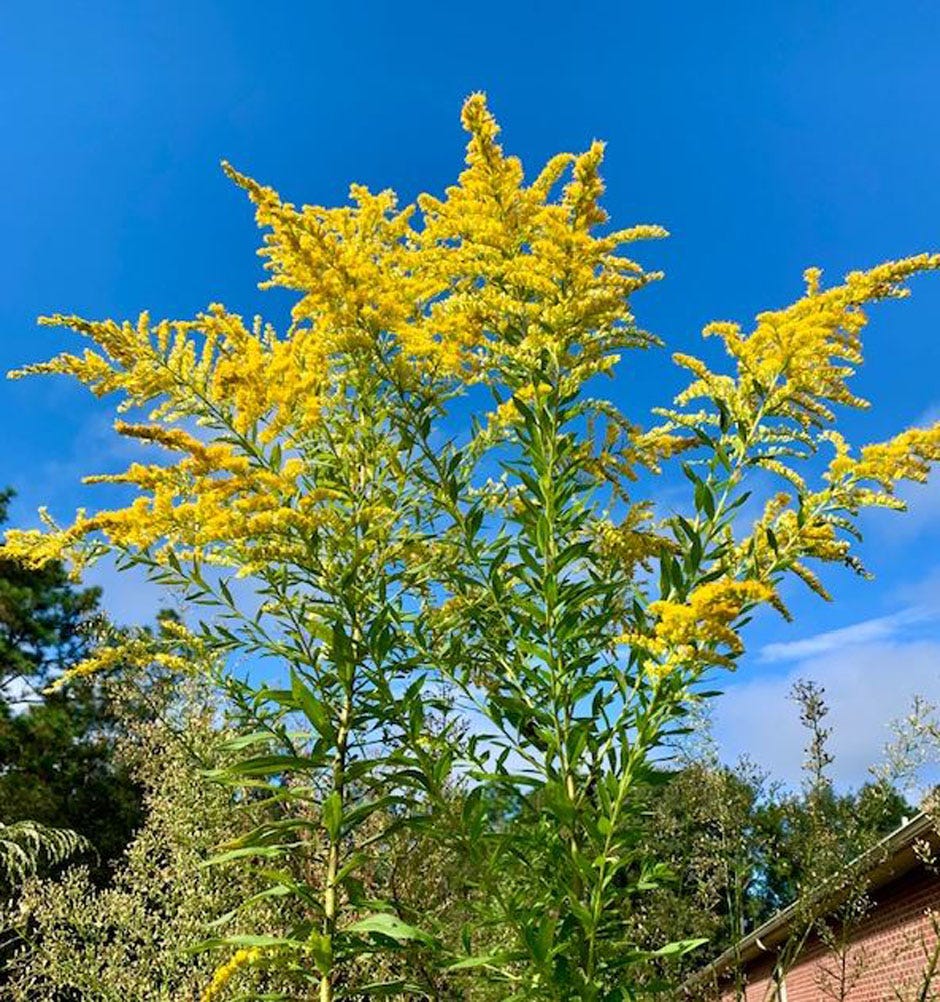 The common culprit causing these allergy symptoms is ragweed, not goldenrod. Ragweed blooms at the same time as goldenrod, from August to frost. Some sources report that 75 percent of all Americans with allergies to pollen-producing plants are also allergic to ragweed pollen.

Ragweed releases billions of tiny, lightweight pollen grains into the air this time of year. Its windborne pollen causes much of the hay fever problems. 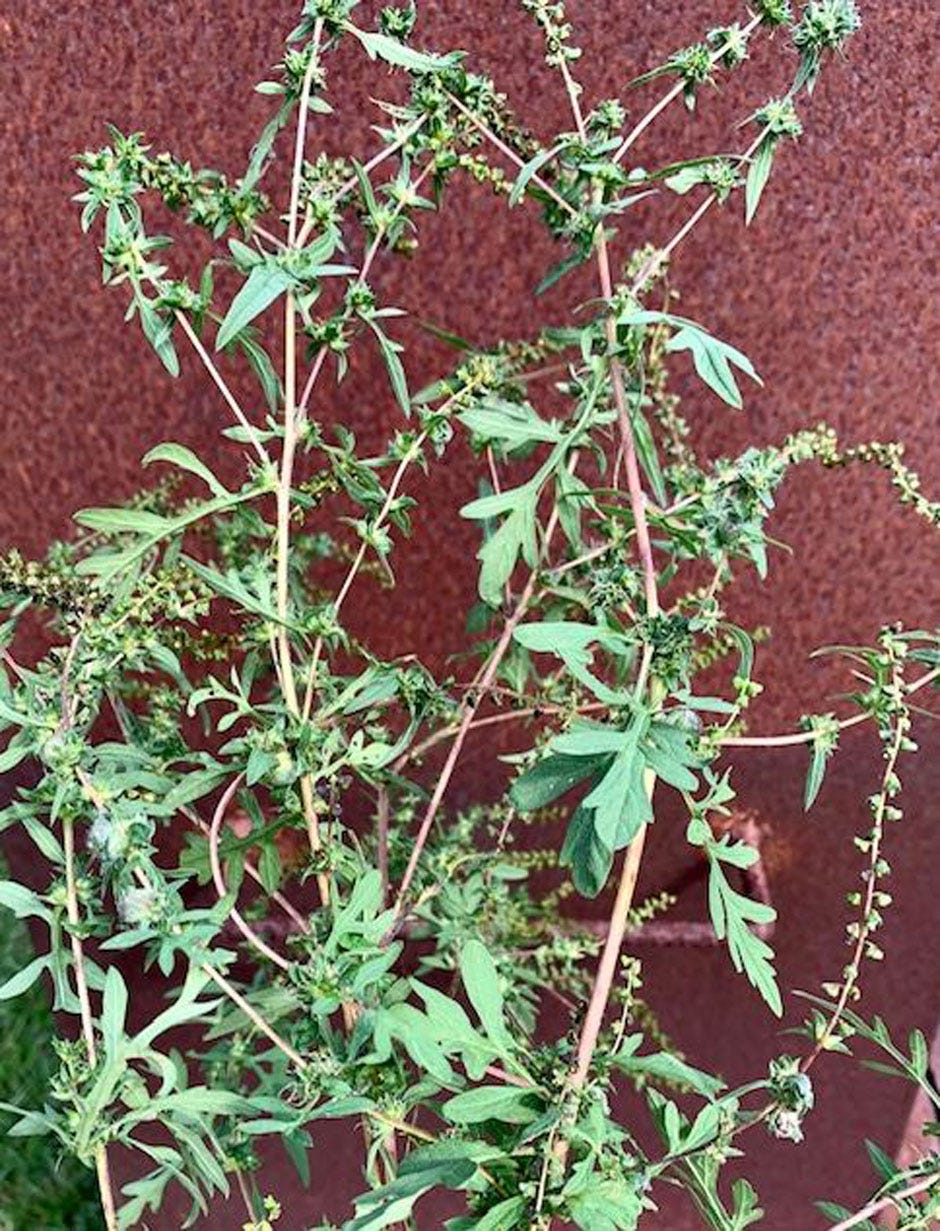 Goldenrod pollen is too large, heavy and sticky to be windborne. It relies on insects to carry its pollen. I suppose if you put your nose up into a cluster of goldenrod flowers and took a big sniff, you might be bothered by the pollen, but otherwise it’s not going to get into your nose.

Goldenrod is an innocent bystander, as ragweed remains camouflaged while releasing its pollen. Ragweed visually blends in with other green plants.

Despite the fact that common ragweed, an annual, can grow three to six feet or greater in height, it just does not get your attention. It is quite common along roadsides, vacant lots and abandoned fields. Its inconspicuous flowers start out as green, similar in color to the leaves, turn a yellowish-green, and finally dry to a brown color. They are never showy. 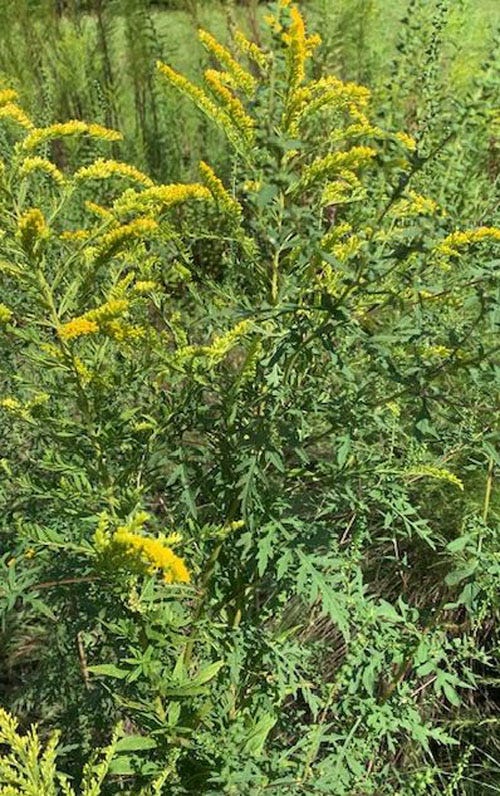 You could attempt some basic control options to remove ragweed on your property such as hoeing, hand-pulling or mowing young plants. But common ragweed is found in every state in the United States except for Alaska and is found in most of Canada. I have seen sources indicating that ragweed pollen can travel up to 700 miles carried by wind.

Enjoy the bright yellow flowers of goldenrod this fall. But please do not blame them for your allergies.

Additional information is available online at https://edis.ifas.ufl.edu and from the University of Florida Institute of Food and Agricultural Sciences Extension Office in your county.

Other extension topics available on this site or from the extension office in your county include agriculture; natural resources; 4-H and youth development; lawn and garden and family resources.