Written by archive on December 20, 2019. Posted in lifestyle. 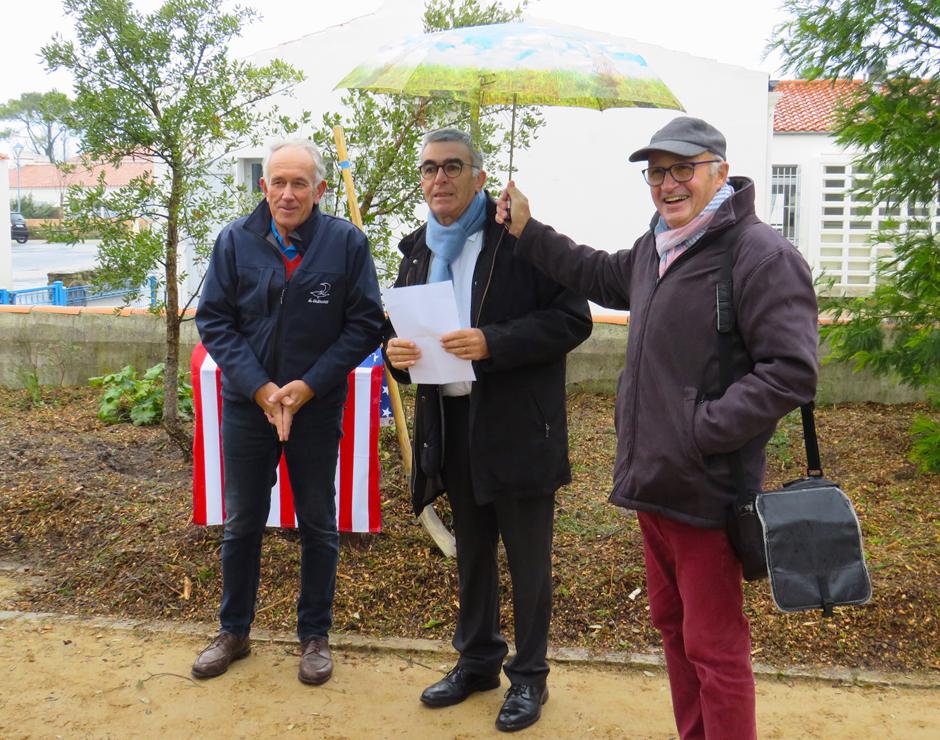 CRESTVIEW — When Crestview Area Sister City Program members departed Noirmoutier in September, they left behind a tangible memory of a celebration in one of the French island’s communities.

Through voluntary donations, the delegation presented the town of l’Epine with $225 to plant a tree in commemoration of its centennial. Crestview developers Susan and Rick Goff also donated a plaque for the tree.

“We were in the l'Epine for the planting of the cork oak offered by our friends in Florida,” committee treasurer Gérard Moreau said. “It was raining, but that is good for the growing of trees. We were reminded of the sunny time for the celebration of the centennial of l'Epine.”

When the Crestview delegation helped l’Epine celebrate its centennial on Sept. 15, the day was flawlessly warm and sunny.

“After the short speech, Dominique Chantoin and Michel Allemand put the tree in the ground close to the other one you saw here during your visit,” Moreau said. “It was a pleasure thinking about you (Crestview friends) and the marvelous time shared with you last September.”

For a community in a country renowned for its appreciation of wine, the selection of a cork oak was appropriate. The evergreen is the primary source for wine bottle corks. 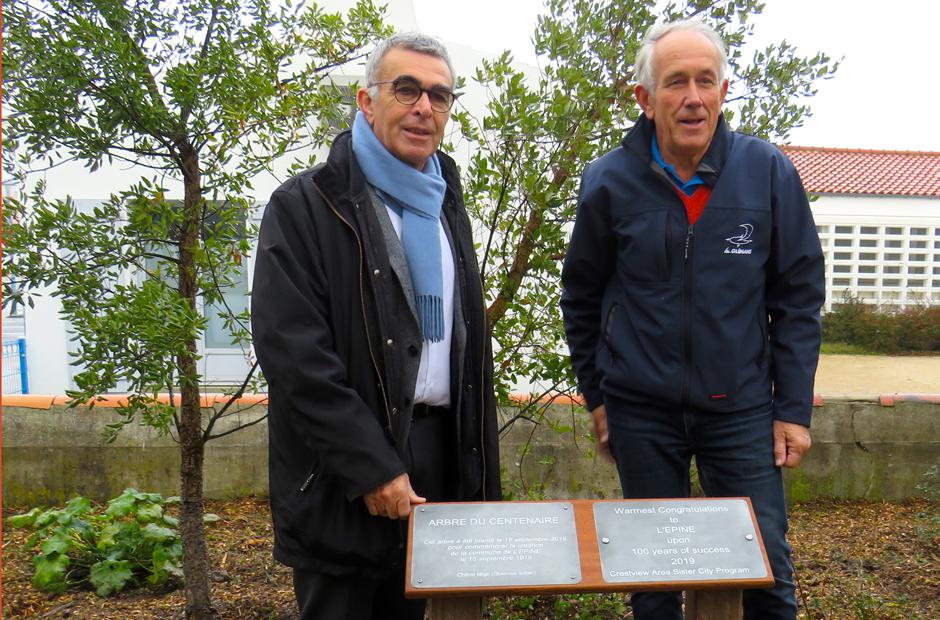 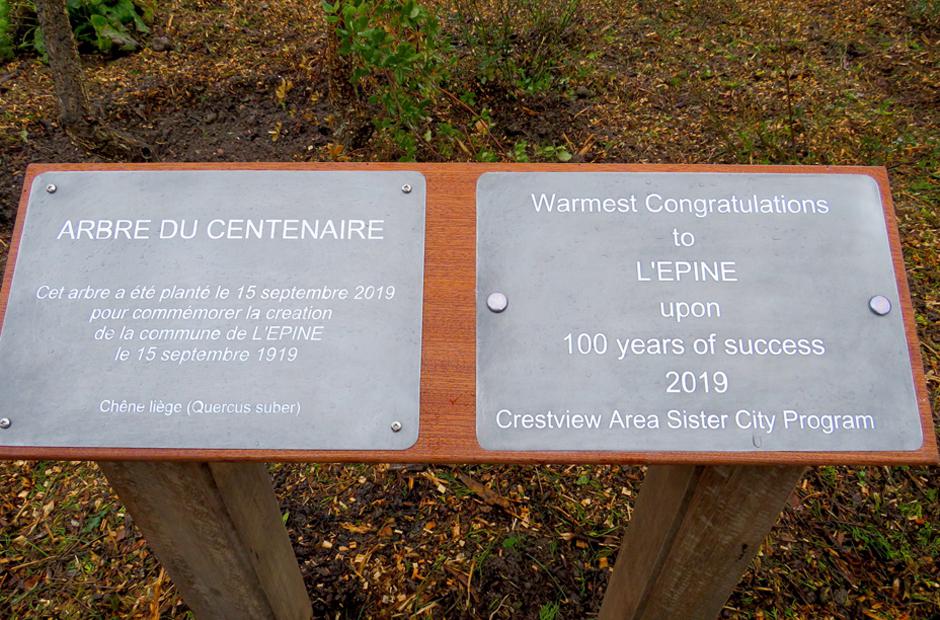