Written by archive on December 6, 2019. Posted in food, lifestyle.

CRESTVIEW — A local resident is going to the SEC Championship on Saturday to participate in a recipe contest.

Sherri Williams was named of one of two finalists in the Johnsonville Tailgate Throwdown, a contest she almost missed.

“I was going through my email one day and I saw they were doing the contest,” Williams said. “It was due the next day so I was like ’Oh gosh I’ve got to run to the store and get ingredients.’”

Williams submitted her dish, called the Apple Bacon Man-Eater Brats with Truffle Hot Sauce, with about 15 minutes to spare.

The dish was inspired by her favorite college football team, the LSU Tigers.

“I’m an LSU fan so I thought of a man eater, which is a tiger,” Williams said. “Of course, bacon goes good with anything and I figured it’s something easy to carry while you’re at a game.”

Williams also added that the truffle hot sauce on top of the sausage, which is red like tiger’s blood, took the taste of the sausage “over the top.”

Eventually, Williams received an email saying that she was chosen as a contest finalist by a panel of Johnsonville judges.

“I was surprised when I got the email,” Williams said. “I was really excited because I love football and tailgating.”

The final round of the contest is a live cook-off that will occur in Atlanta on the morning of the championship game between LSU and Georgia.

Former NFL and Alabama running back Shaun Alexander will be among three judges who will decide the contest winner. According to Williams, both contestants will receive tickets to the game, but only one will be crowned as the Johnsonville Tailgate Throwdown Champion and given bragging rights.

“It’s going to be fun,” Williams said. “If I win this contest, that would be great because I haven’t entered many contests recently so to win would say ’Alright Sherrie, you still have it.’”

While Williams said she is most looking forward to the camaraderie of the contest and meeting everyone involved, the trip is extra special because she and her husband will get to watch LSU play for the championship.

“Just being there and possibly seeing them win and have an undefeated season would be awesome,” Williams said. 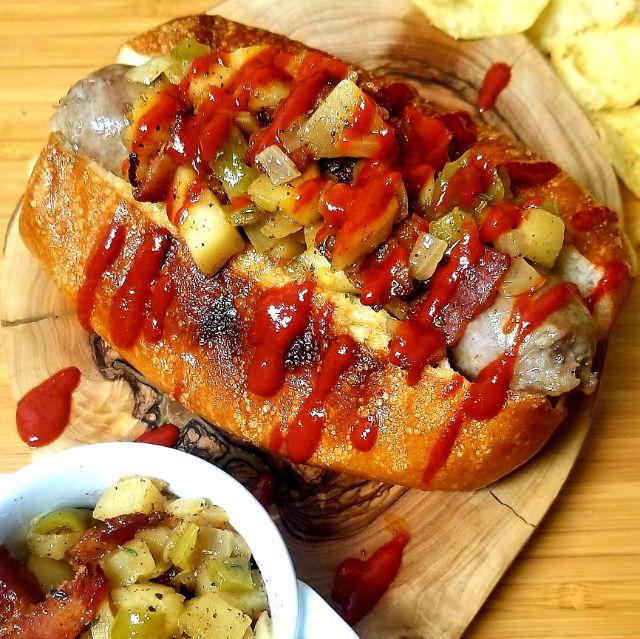