Written by archive on October 17, 2012. Posted in lifestyle. 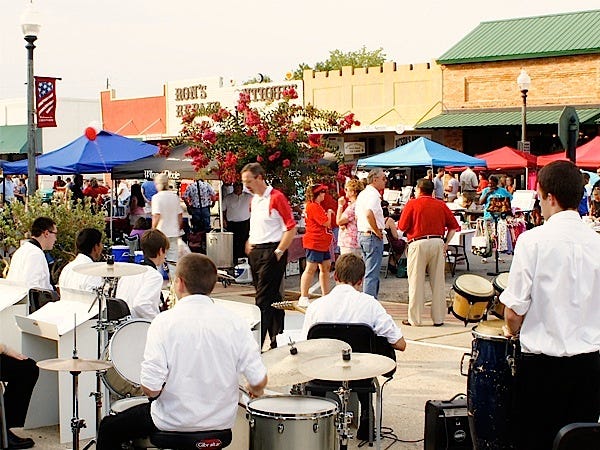 CRESTVIEW — The Crestview Area Chamber of Commerce’s Arts and Culture Committee has several ideas to advance its mission, its chairperson said during its October meeting.

Several projects that chairperson Rae Schwartz said the committee could be effective in supporting include:

• A discussed downtown arts and crafts festival, possibly in conjunction with the Main Street Crestview Association and area restaurants

Schwartz entertained suggestions by Tom Moody, long-time chamber member and former chairperson of several chamber committees, that he said would help her committee refine its focus and mission.

While the committee serves as a sort of brokerage between disparate community cultural and arts groups and potential business patrons, Moody expressed concern that it could also be duplicating some organizations’ efforts more than serving as a liaison between them and the business community.

Schwartz, who is involved in several of the local arts organizations, including being president of the Okaloosa Arts Alliance, the county’s official arts agency, welcomed Moody’s suggestions, saying, “I’ve been secretary many times but this is the first time I’ve been chairman of a chamber committee.”

Schwartz praised the helpfulness of Moody’s recommendations and urged committee members to pitch in to help as goals solidify.

“We do want this year to show productivity,” she said. “To be effective, we need commitment from committee members.”

An idea the committee earlier embraced was opening the chamber’s online calendar of events to all community organizations as a central community-planning calendar. In conjunction, the committee hosted a calendar and marketing workshop the evening of Oct. 15 with an instructional component featuring chamber members’ marketing tips and advice.

A community’s cultural life is a factor in encouraging a business to locate — or relocate — there, Schwartz said. It’s also a factor when families decide where they wish to move to raise their children. It’s so important, in fact, that the Crestview Area Chamber of Commerce formed the Arts and Culture Committee this year to be a liaison between the business and cultural communities.

“This is a new committee, with the opportunity to make substantial and innovative contributions to the chamber, to area arts and to the community,” Schwartz said.