Written by archive on October 30, 2012. Posted in lifestyle. 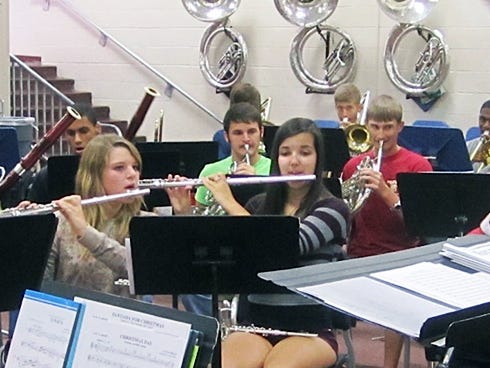 The Big Red Machine will perform “La Marseillaise,” the French national anthem, during a presentation of the American and French flags at Friday’s football game against Niceville.

Finding arrangements of the rousing anthem took some research, stemming to the last visit by a Noirmoutier contingent in 2009. At the time, band director Jody Dunn turned to his predecessor, Mayor David Cadle, in his quest for the sheet music. Cadle, in turn, turned to his son Ben, a musician in the Army Ceremonial Band in Washington, D.C.

“He didn’t have it, but he pointed me in the right direction to find it,” Cadle said. “I contacted the West Point band library. They emailed it to me. I had it the next day.”

Now, the arrangement is in the Crestview High band’s music library. With each subsequent visit by a contingent from Crestview’s sister city, a new class of Big Red Machine members can add the anthem to their repertoire.