Written by archive on September 13, 2019. Posted in hurricane, weather. 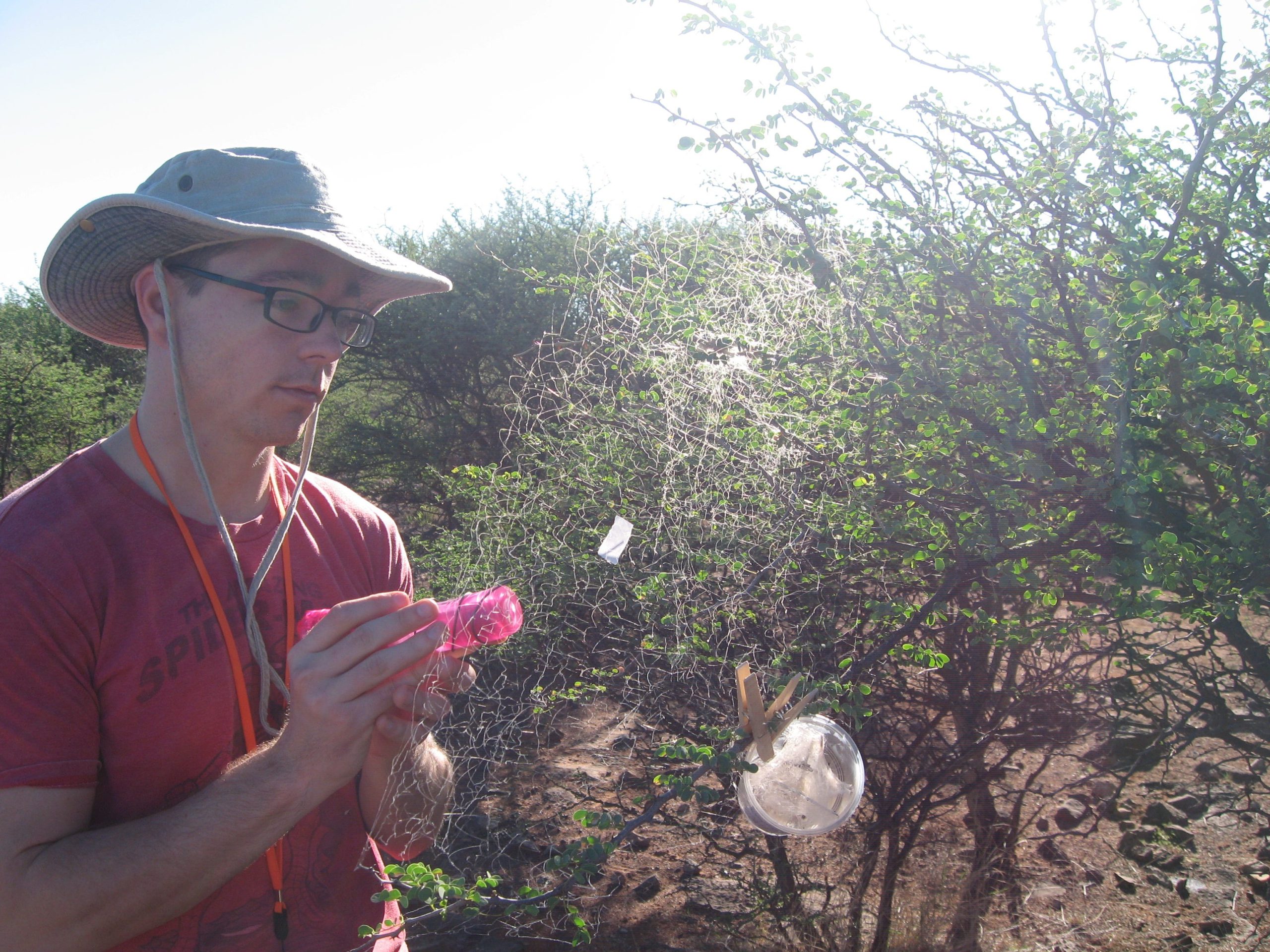 No one ever forgets what life is like in the days after a hurricane. Heat. Humidity. No air conditioning. Raw emotion. But it turns out human survivors aren't the only ones traumatized by hurricanes and tropical storms.

A recent study by a group of researchers at universities in Ontario and California shows the tangle web spiders that weave messy clusters of webs in low-hanging trees and shrubs over waterways across the Southeast, suffer both direct and indirect impacts that eventually produce more aggressive females.

After a hurricane, less aggressive spiders either don't survive or produce fewer baby spiders, said Jonathan Pruitt, research chair in the Department of Psychology, Neuroscience & Behaviour at McMaster University in Ontario, Canada. Pruitt co-authored a study with researchers from the University of California at Santa Barbara, published recently in the journal Nature Ecology and Evolution.

It's sort of like what might happen, for example, if the people brawling in gas station lines after a hurricane were the only ones who produced children in the years after the storm.

Pruitt's paper is the second in the past year to look at the impact of hurricanes on ecosystems. Colin Donihue, a post-doctoral fellow at Washington University in St. Louis, Missouri, published a paper a year ago about lizards on Turks and Caicos surviving hurricanes. The work they're doing is among the first of its kind to delve into how hurricanes change the natural world, not just in the short term, but also in the long run.

Much like wildfires promote plant growth and wildflower blooms, Pruitt, a native of Haines City in Polk County, suspected the disruption brought by tropical storms and hurricanes might have an effect on insects and other creatures who survive the dramatic chaos of a hurricane.

“Some animals have to be in hog heaven,” he said. “Suddenly there are abundant leaves on the ground or more light gets to the forest floor. For some, it’s their perfect day.”

But for others, “it’s not their best life,” he said. “It’s not part of their evolutionary plan, but it’s a wrench thrown in.”

He chose the golden-colored tangle web spider because they're "almost everywhere."

Why spiders? “I guess it’s because they’re easier than studying lions,” he joked. “They’re wonderful predators and have lots of different kinds of strategies to capture prey. They don’t demand a lot of space, I can keep several hundred spiders in a desk."

Pruittt traveled to several sites before the 2018 hurricanes Florence and Michael to study the behavior of the spiders and then returned immediately after the storm and a few weeks later. They observed 211 colonies, recording the height of the nests above water, the web volume, the number of females and the number of spiders that attacked the vibration.

He put the web on a sheet and used a vibrating toothbrush to disrupt the spiders and measure how they reacted. He returned to the nests in December to study the spiderlings that survived.

Ultimately, he found that some of the spiders produced fewer egg cases and, of the egg cases they produced, very few offspring survived. About three-fourths of the colonies survived but the number of eggs cases were fewer, he said. He suspects post-tropical cyclone environments may reduce prey variability and enhance natural selection on aggressiveness.

On sites that get hit by tropical storms all the time, such as coastal Florida,  the spiders “are more aggressive on average."

"Even if you weren’t hit this year, we could tell how many times you were hit over 100 years,” he said. “We can tell based on your behavior now how frequently that area has been hit by tropical cyclones over the last 100 years.  Aggressive females give rise to aggressive offspring."

He conducts his research in “fairly remote regions,” so one of the challenges is getting to the study sites within 48 hours after a storm moves through, because there are trees and power lines down.

“Fortunately, the locals who aren’t busy using chainsaws are very helpful in helping me get back to my site,” he said. He returns to the sites in early winter.

Donihue began his project by serendipity in 2017. He had been down in Turks and Caicos studying a little brown anole. Four days after he left, Hurricane Irma struck the island, giving them a perfect opportunity to go back and see how the lizards fared.

"We went back three weeks after the hurricane, and found the population had shifted," he said, towards lizards that could hold on better in the wind.

"We discovered that lizards actually did look consistently different, and those differences seem to be related to how well they could hold on in the wind," he said, in part because they have specialized toes. "It turns out the longer the toes, the stronger you can hold on.

"When we measured this in the population immediately before and immediately after a hurricane, on average the survivors had significantly larger toe pads, meaning they had grippier feet," he said. "It seems like the best grippers were most likely to survive in the storm."

This story originally published to news-journalonline.com, and was shared to other Florida newspapers in the GateHouse Media network via the Florida Wire. The Florida Wire, which runs across digital, print and video platforms, curates and distributes Florida-focused stories. For more Florida stories, visit here, and to support local media throughout the state of Florida, consider subscribing to your local paper. 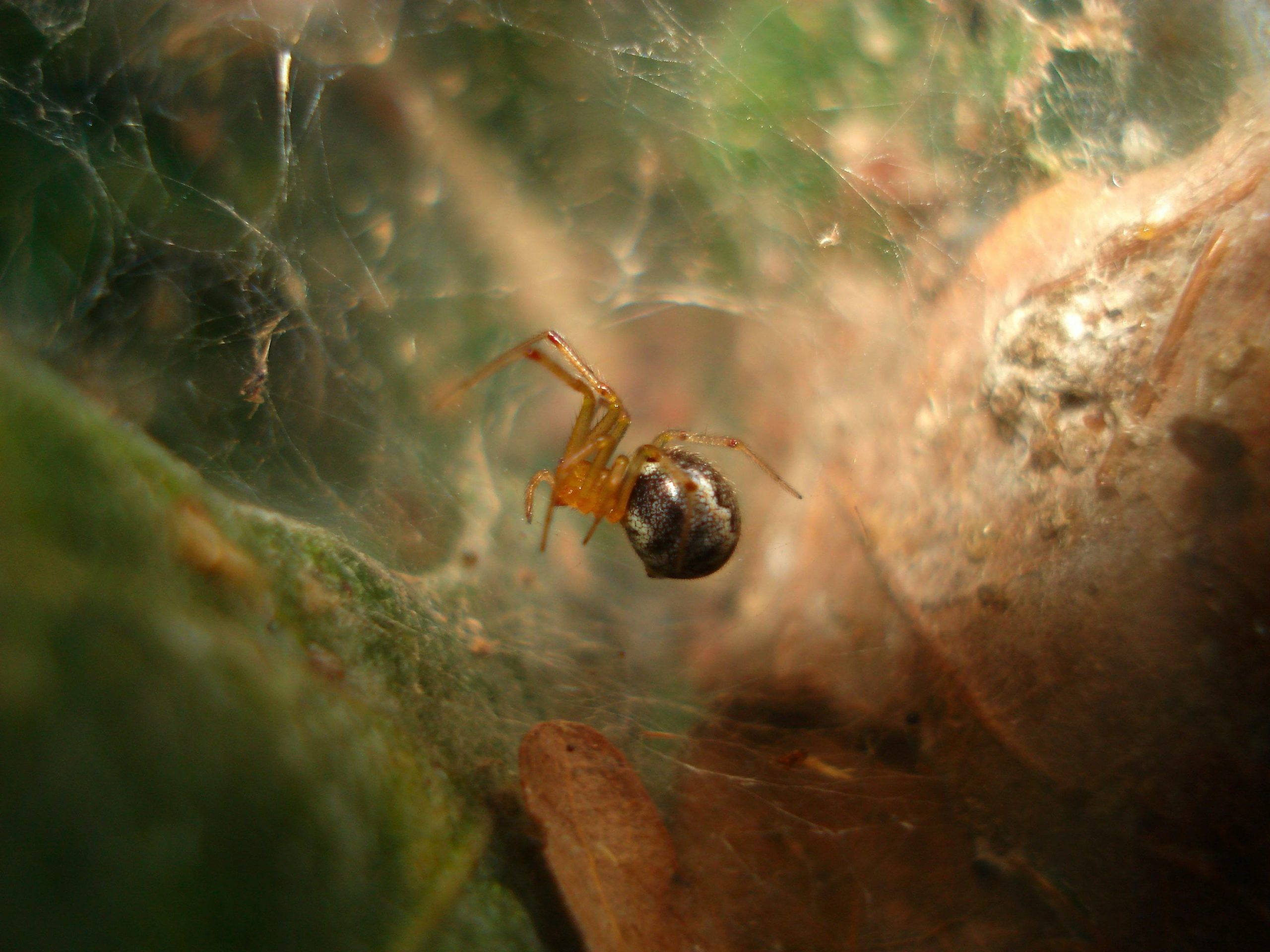